Most of us have been to a writers conference to two. We have enjoyed ourselves and made new contacts. We use the trip as a business expense. Still why do we really attend these conferences? The answer for me is networking and a chance to learn something about this industry. Many of us are great and soon to be great writers. Some of us are adept at the business of writing. For myself, I enjoy networking and finding new ways to get people to notice my work and by connection to notice me.

I attended the one day session at the PPW conference in Colorado Springs on advanced marketing. A number of the writers were shy or shall I say quiet about their works. Of course when you ask about what they were doing, then the floodgates opened. For myself, I had no problem with talking about what I did. I also know that as an actor I have an advantage. I don't care if people think I look a fool. What I have to say is not foolish and the best way to get people to notice what I have to offer is to get noticed.

So why writers conferences? To learn from others and to have others learn from me. That is the best of both worlds.
Posted by Renaissance Women at 8:03 PM No comments: 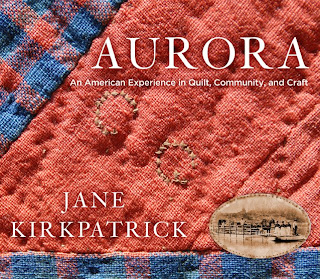 With my latest book set in Minnesota, the "northwest" region in 1907, I've taken the plunge to travel to Texas to promote it. May not seem like much of a connection there but there is. The story, A Flickering Light is based on my grandmother's life as an early photographer and some of the descendants of a main character in the book -- the wife of a man she fell in love with -- live in Plano Texas and are planning to come to the signing. I'll have a PowerPoint of some of the photographs used in the novel and a few others from the glass plate collection I have. I hope some of you in the area will come by. The second event centers on quilts and crafts as narratives. Did you know that we get the word "craft" from the Greek word poema meaning poem. And isn't that what a craft is, the essence of a people, an experience, a story. Join me so I'm not all alone in Texas!


May 31, Dallas Heritage Village, 2:30, Dallas Texas. I'll be sharing the story of Aurora: An American Experience in Quilt, Community, and Craft.

A Flickering Light
By Jane Kirkpatrick

"Taking a page from her grandmother's photo album, award-winning author Jane Kirkpatrick explores the mystery of shadow and light and the complications of a young woman's pursuit of her dreams. Jessie Gaebele is trained to operate studios around the Midwest in the early 1900s when photographers became ill from mercury poisoning. As her skills grew, so did her interest in her mentor, a very married man. This first book of two in the Portrait of a Heart Collection was called "...exceptionally authentic...a compelling portrait...aching and hopeful" in a starred Publisher's Weekly review. Jane received the 2008 WILLA Literary award for Best Original Paperback Novel. This is her 15th novel."

Can be purchased at bookstores everywhere and online at:
Amazon.com
Barnes and Noble
Powells.com 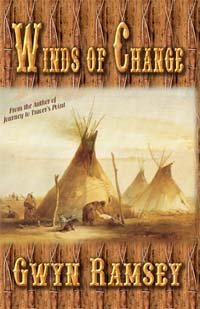 Winds of Change
By Gwyn Ramsey

After surviving through the throes of being kidnapped by Indians and traded for goods to the Arapahos, Sarah Anderson proves herself worthy of the Indian name Vision Seeker and marries a warrior. She settles into the daily routine of wife to Running Swift and mother to Little Feather until a twist of fate brings her world crashing down around her when the Army charges into the village to arrest the warring warriors.

Rescued from the Indians and returned to Fort Laramie, Sarah now faces the difficult task of transitioning back into the white world with an Indian child. Shunned by the white populace and considered a soiled dove, she struggles with her uncertain future until a man she once knew crosses her path.

Trail of Storms
by Marsha Ward

Jessie Bingham put heartbreak away to tend to her sister's needs, but when she settled for second best in love, she didn't foresee that James Owen would come back into her life.

The aftermath of the Civil War creates cruel circumstances for the Bingham family. A brutal attack on Jessie's sister, Hannah Fletcher, drives the extended family to flee to the West. They are soon joined by Heppie Bingham's beau George and his brother, Ned, who bring news that the Binghams are being pursued by cronies of Hannah's attacker. Even after they fight off that onslaught, poverty, bad weather, and Hannah's frightful secret plague their journey. Nursing her battered heart when she hears James Owen took a wife, Jessie accepts Ned's offer of marriage. But a stop on the trail holds surprises that launch Jessie into a bewildering tangle of values, emotions, and high adventure.

Purchase from Barnes and Noble Here

Purchase from Marsha's website Here
as well as various other online booksellers.