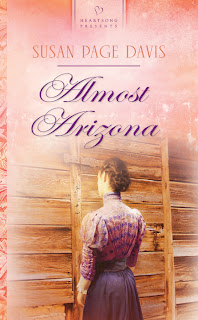 Julia Newman heads home to her Arizona mountain town on one of the last surviving stagecoaches. Instead of a happy reunion with her brother, she is treated to a holdup. The man investigating the robbery is Deputy Sheriff Adam Scott—whose marriage proposal Julia turned down two years ago. Now Adam thinks her brother Oliver is mixed up in the robbery. Julia knows better, but when she arrives home, Oliver is nowhere to be found. She knows she must locate him before Adam—or the lynch mob—does. A cryptic message from Oliver sends Julia riding across the high desert to find him.

Almost Arizona is releasing in the Heartsong Presents Book Club in March and will be available to the general public soon.


You can find Susan at http://www.susanpagedavis.com

Read about this book on my website. On my site, I hold a drawing for free books each month, and the winners choose the title they want.

The Marlows of Wild Horse Creek
By Joyce Hartman

The Marlows of Wild Horse Creek. Ebook.
This is the story of the real family behind the 1965 movie, The Sons of Katie Elder. While her restless husband took off in search of adventure, Martha Marlow often stayed home in lawless and desolate country with the children--a brood that eventually grew to fourteen. Through fire, blizzards, deaths and accusations of rustling and even murder, Martha held the family together until her own death in Colorado at the age of eighty-four. Hers is one of the great women's stories of the Old West.
The Marlows of Wild Horse Creek is Hartman's third book. 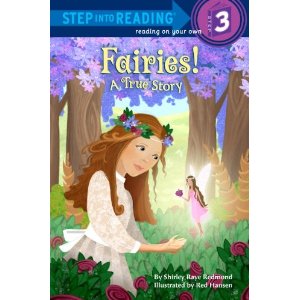 
In 1917, two British schoolgirls shocked the world when they claimed they’d photographed fairies in the woods. Sir Arthur Conan Doyle, the renowned author of the Sherlock Holmes mysteries, believed them!
Fairy fans of all ages will delight in this real-life adventure.

Fairies! A True Story can be purchased at Amazon.com, Barnes and Noble or your favorite local bookstore.

Publishers Weekly announced the title, which will be released in March 2012, would have a 50,000  first print run.

Posted by juliepollitt at 5:48 PM No comments: