More releases and awards for our wonderful members!

Shanna Hatfield, Wrestlin'Christmas
Shanghaied by his sister and best friend, former steer wrestler Cort McGraw finds himself on a run-down ranch with a worrisome, albeit gorgeous widow, and her silent, solemn son. Five minutes after Cort McGraw lands on her doorstep, K.C. Peters fights to keep a promise she made to herself to stay away from single, eligible men. When her neighbor said he knew just the person to help work her ranch for the winter, she never expected the handsome, brawny former rodeo star to fill the position. Ready to send him packing, her little boy has other plans.Buy Link:

Heidi Thomas, Cowgirl Up! AHistory of Rodeo Women
We can never get enough about Cowgirls. History of rodeo and the first women involved publicly from the late 1800s to the first half of the twentieth century, framed in the context of the earliest days of the first wave of the women’s movement, emphasizing the word-champion cowgirls of Montana.

Linda Rettstatt, Rescued (A sweet contemporary romance)
Proceeds benefit the Tunica (MS) Humane Society.Alexandra Ramsey has been rescuing strays since she was abandoned by her mother at the age of seven. Now Alex’s passion is poured into Harley’s Haven, the no-kill animal shelter she built from scratch in Cade's Point, Mississippi. Evan Whiting rode the crest of the wave of success as a top chef in Manhattan until 26 people were sickened by bad crab meat. He lost his restaurant, his savings, his reputation and his wife. Evan retreats to the home he inherited in rural Mississippi to start over. Both Alex and Evan are about to be RESCUED. Then there’s Walter…

Doris McCraw, writing as Angela Raines, Home for His Heart (a novella)
Clara Cross ran away as a young girl after the suspicious deaths of her parents, and has spent the last nine years trying to find safety from a man she had reason to fear. Finally landing in the small town of Agate Gulch in the high Colorado mountains, she believes she may have found a safe home ...

Judith Grout, Chasing theStrawberry Moon, Hitchhiking (for girls)
Patsy Schwartz has bigger problems to deal with than the Great Depression, the raging Dust Bowl, or another looming world war. Forced to disappear from Baywater, Minnesota to avoid an arranged marriage to the local sheriff’s son, Patsy hits the open road with her best friend, Virginia Burg. Chasing the Strawberry Moon is an account of the adventures of a young woman as she makes her way west, running from conniving parents, the mob, and corrupt local law enforcement. The two travelers encounter truckers, ranchers, Communists, preachers, an artist working for the WPA, women motorcyclists, and Civilian Conservation Corpsmen, to name a few.

Nancy Oswald, Wynkoop:Soldier and Indian Agent
In 1858 Edward Wynkoop arrived in the frontier town of Denver City. He was twenty-two years old and soon became a town leader and Denver’s first sheriff. During the American Civil War, he joined the Colorado Volunteers and played an important role in the Union victory at the Battle of Glorieta Pass in New Mexico.

Roni McFadden, TheLongest Trail has won gold for non-fiction in Dan Poynter's Global eBookAwards in the autobiography/memoirs/nonfiction category. As she travels "The Longest Trail", Roni evolves from a girl stumbling along treacherous and twisted paths to become a strong young woman who knows where she is going, how to get there, and understands she will have help along the way.

Nancy Oswald, Insects in the Infield won the CIPA Evvy Award, 1st place in Juvenile division. Ants, bees, dragonflies, limping millipedes… Buster would rather ignore his brainy sister Maggie’s insect zoo, but he needs her help with the carnival fundraiser for his baseball team, the Cougars. Unfortunately, Buster needs more than fundraising help from his sister.

Lorrie Farrelly Terms of Surrender, medaled in the Western category at the 2014 Readers' Favorite International Book Awards.  Former Confederate cavalry Captain Michael Cantrell has lost his home and everyone he loved. He roams the western frontier, trying to outrun his demons and find some purpose to his life. One spring day along the Wind River in Wyoming, a violent encounter lands him smack in the middle of Annie Devlin’s war. Standing with the determined young rancher will test the limits of Michael’s courage, his honor – and his passion.

Posted by Heidiwriter at 7:08 PM No comments:

The Strong Medicine of Flint

As you drive through the simple brick entrance and journey along the winding blacktop, the sparse trees and stark landscape might not impress you. There is history hidden among the rolling hills and behind scrubby mesquite, and to the ancient inhabitants who once lived here it is a place of strong medicine. The rock found in this area was revered by Native American tribes for generations. The colors of the rock is like no other found anywhere else in the world. Alibates Flint Quarries National Monument in the Texas Panhandle is the source of the rock called flint. 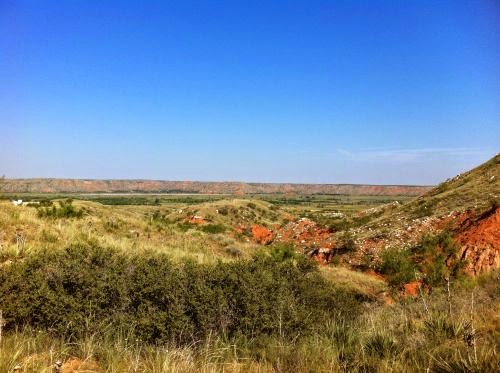 Lying in the northeast corner of the Staked Plains, along the sloping sides of the Canadian River Valley, the national park was considered sacred and neutral ground. It was a place where tribes visited in peace over a period of about 12,000 years until around 1870, to trade and mine the valuable rock. Most traveled to the area on the muddy red Canadian River, which once flowed much deeper and ran year round. 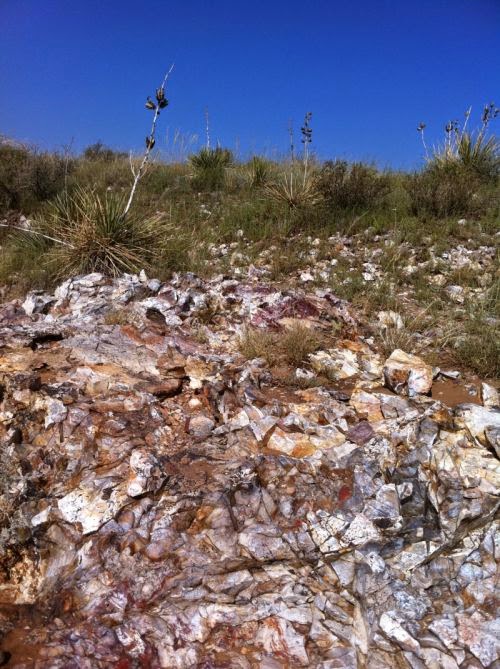 The unique rusty red and colorful striations seen in Alibates flint is a result of a fault. As thermal springs deep underground moved hot water through the fault, it passed around and through the Permian shelves which consists of significant iron content. The silica rich water emerged to form Alibates flint, named after a local ranch cowboy, Allen “Allie” Bates, who disclosed the location in 1906. The flint can be found in abundance on about 60 acres atop a  weathered mesa where it is exposed to the surface. 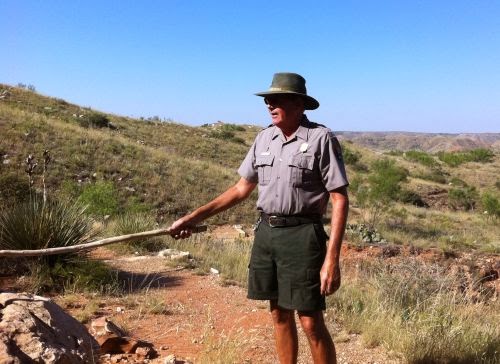 The park ranger guides visitors along a winding path through yucca, prickly pear cactus and mesquite. Several covered benches provide shade and rest stops. The informative history lecture is ongoing as you work your way to the top of the mesa. The path leads to a mining pit where early inhabitants broke off larger pieces to be toted back to their villages. The small boulders were then worked into useful tools. The rock was treasured for its ability to break into smooth flakes for a sharper, cleaner edge for points, spearheads, scrapers, and knives. This strong and very sharp rock cut deep and played a significant part in survival. It was worked, used and traded everywhere, with pieces of Alibates flint being found and identified as far away as Canada. 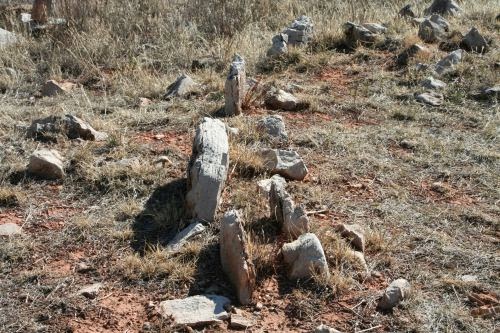 Between 1150 and 1450 permanent villages were located in the area. Several times a year small groups are allowed to tour the remains of these dwellings. The rock slab roofs are visible revealing rectangular, semi-circular, or circular shaped shelters with tunneled entranceways and stone enclosures. Most signs of these earliest inhabitants have disappeared, but faint imprints of an active village remains today. 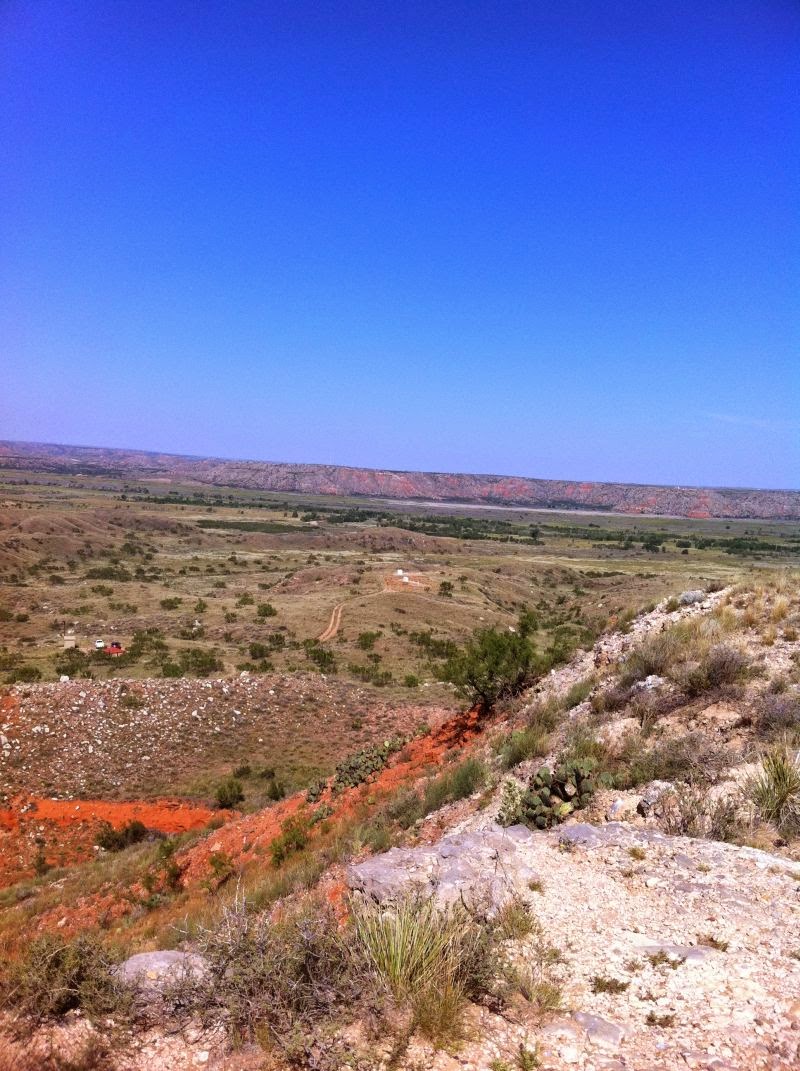 Alibates Flint Quarries is located approximately 35 miles north of Amarillo, Texas on highway 136 north which takes you to Borger. Turn off of 136 before you get to the town of Fritch, and follow Cas Johnson Road to the parks Visitor’s Center.

Bio: Natalie Bright is an author, blogger, and speaker. She is represented by Mr. Stephen Fraser, of The Jennifer DeChiara Literary Agency, NYC, who is currently shopping her historical novels for middle grade readers. She’s on the web at Facebook/Natalie-Bright-Author, Twitter @natNKB, Amazon Author Pages, Pinterest/natbright, she blogs every Monday at http://wordsmithsix.wordpress.com, and for articles about the history and people of the Texas Panhandle read Prairie Purview Blog on her website, www.nataliebright.com.

Posted by Heidiwriter at 2:26 PM 4 comments: