In Texas in the 1970s, quarter horse racing was held on ranches and bush tracks like Columbus and Goliad. Originally bred to herd cattle, quarter horses were made short and strong, with a coiled muscular power that could outrun a thoroughbred over short distances.  Or a contrary steer, dodging through cactus and tumbleweed.  Competitions were a sprint over a quarter-mile track – and if you blinked, you missed it. 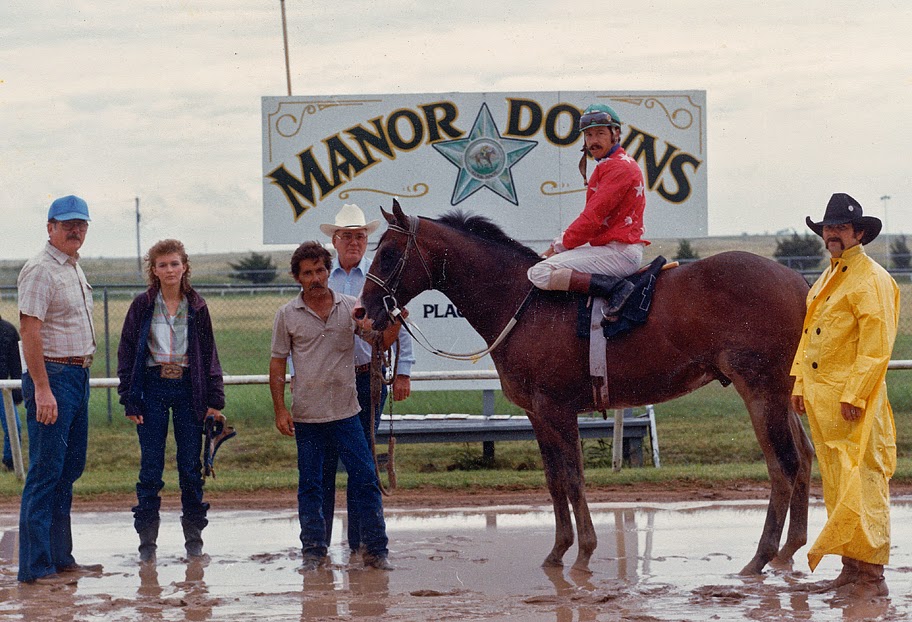 My uncle, R. J. McAmis, M.D. owned a cattle ranch in Hempstead, Texas, then caught racing fever.  He could make a few dollars if he took his quarter horses to Delta Downs in Louisiana or to Ruidoso, New Mexico, but mostly he raced for bragging rights and breeding lines.  For a time, my dad, D. W. McAmis ran the ranch, as did my cousin, Sharon McAmis, and I came to visit often.  I am a Texan but an admitted city girl, so I was content to sit on the back porch and sip sangria while watching the horses -- poetry in motion. 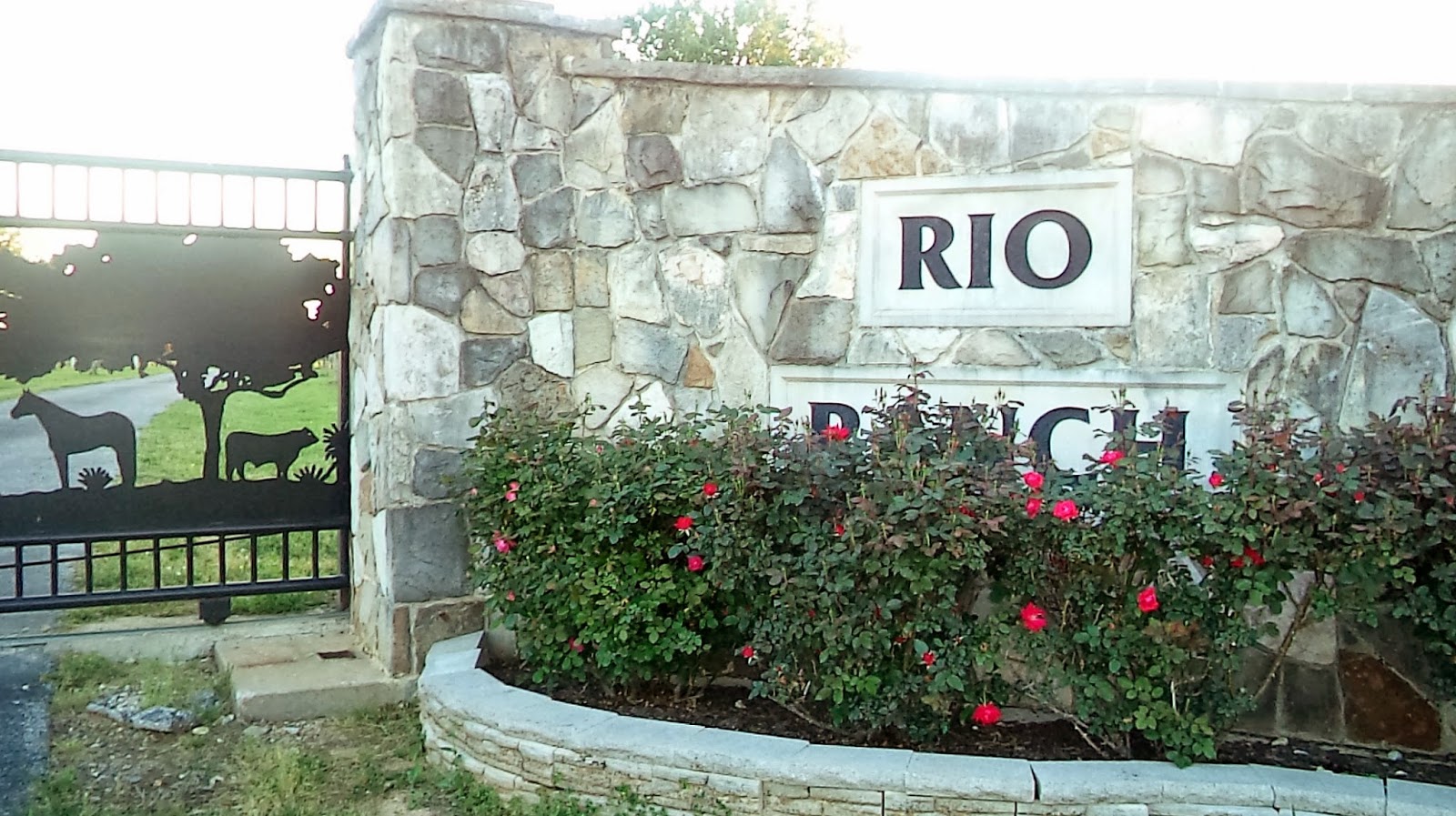 In the 1980s Texas approved gambling at race tracks but the rules were not favorable to anyone – not the fans in the stands who were used to a variety of betting options at the track – nor the owners of the horses.  Purse winnings in neighboring states were 3-4 times as large, so owners began once again to take their horses elsewhere.  This change – and other economic factors – virtually ended quarter horse racing in Texas, and it has remained a faint memory to ranchers here. 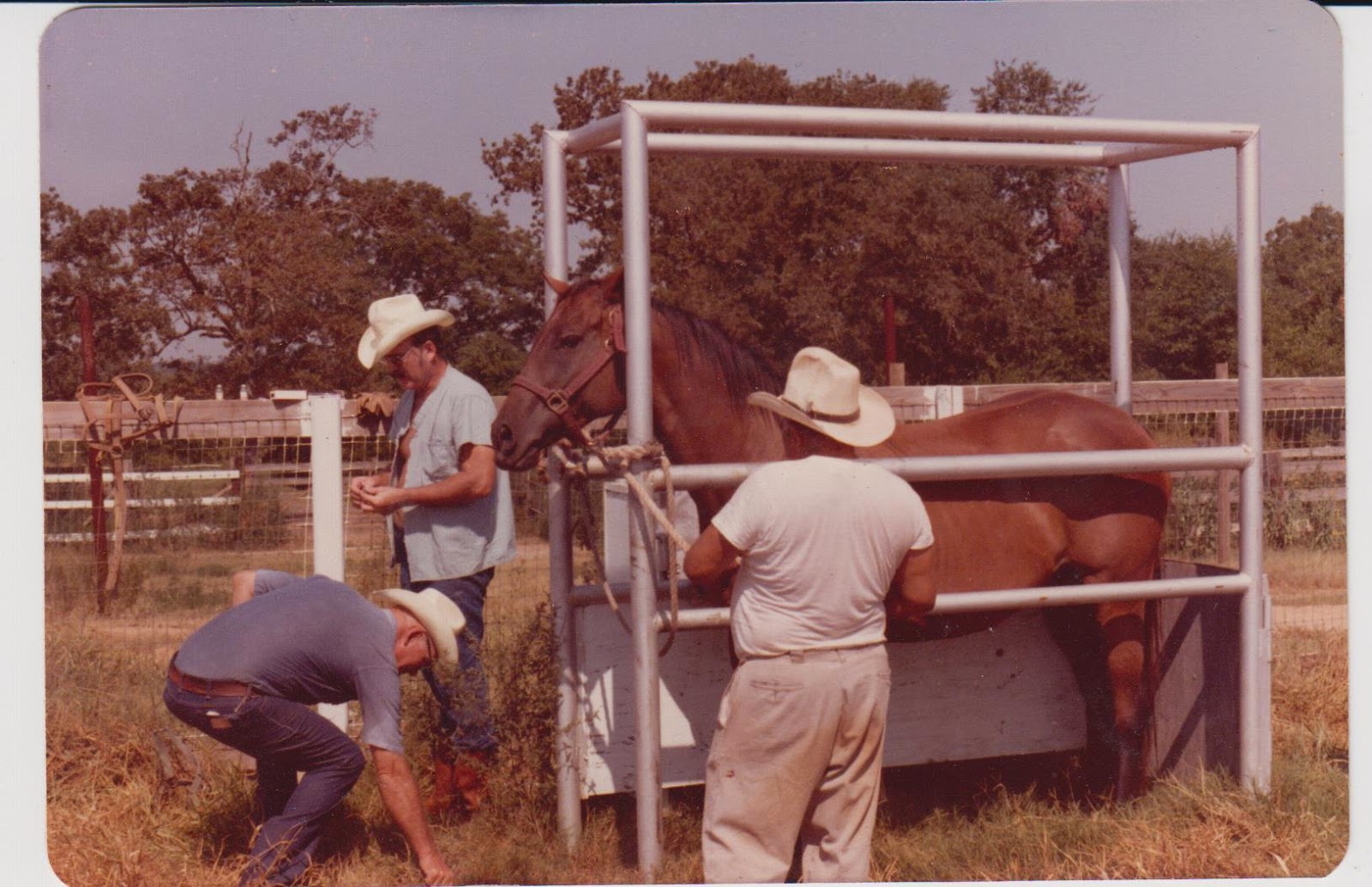 As I said, I was a city girl, and mostly saw these changes from afar.  I moved out of Texas for about 30 years, chasing career.  Then a few years ago I decided to update my journalist training from the early years and to study fiction.  Suddenly I found myself writing literary westerns, which should not have been a surprise to me. After all, fiction springs from emotion, says Robert Olen Butler in his great resource, From Where You Dream:  The Process of Writing Fiction -- and Texas always held a special place in my heart. 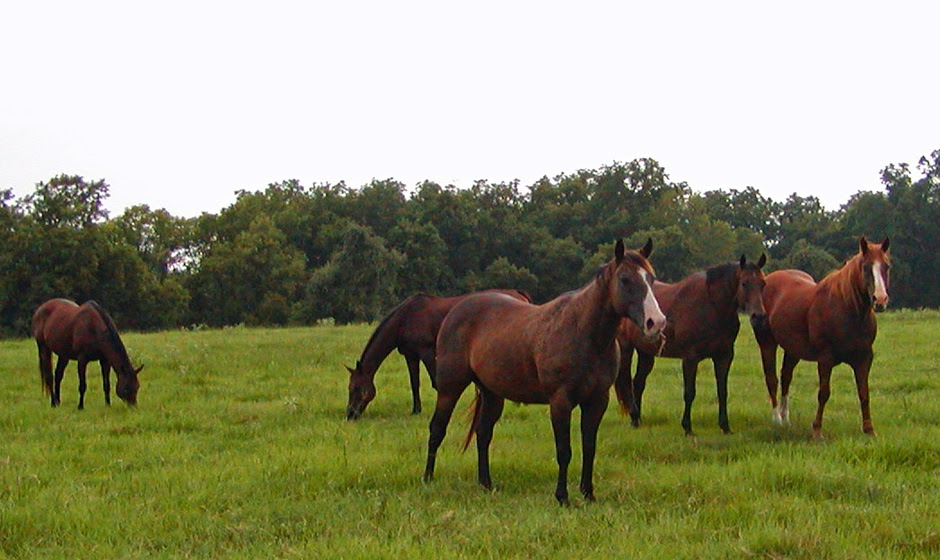 In fact, my first novel, Wrangle is set on a Hempstead, Texas quarter horse ranch.  While it is not about my uncle, dad nor cousin, it certainly attempts to capture the world they loved so much. In fact I returned to that world in 2012, settling into Hempstead, and where I now write a ranching column for the local newspaper and a weekly blog about Texas and the West.  Yes, you can take the girl out of Texas . . . but you cannot take Texas out of the girl.

Jonnie Martin is a native Texan who returned both physically and emotionally to her home state to write her first novel, Wrangle, set on a 1970s quarter horse ranch (available on Amazon).  She also writes a bi-monthly column about ranchers and other “people of the land” for The Waller County News Citizen and a weekly blog, Jonnie’s Writerly Notes, about the West in general and Texas in particular.  Martin’s first career was as a journalist before migrating into business, where she continued to write.  In recent years she has completed a second Bachelor’s (in Literature and Creative Writing) and a Master’s (an MFA in Fiction).

Posted by Heidiwriter at 6:00 AM 2 comments:

Helping Each Other With Social Media

We belong to a wonderful, supportive group in WWW, and no one cheers louder when one of us signs a contract, gets an agent, publishes a book or receives an award. 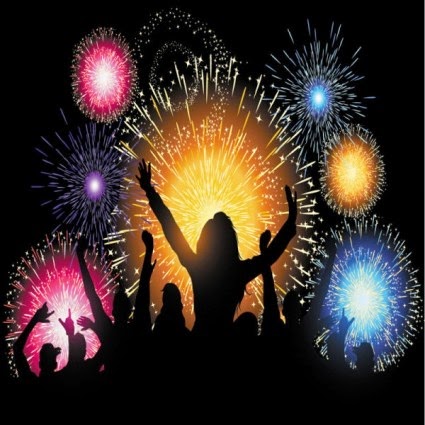 But how many of us go that extra step to help our fellow authors get the word out beyond WWW’s perimeters?

I know, we are all so, so very busy trying to keep up with our own

writing schedules and marketing efforts—how can we put one more morsel on our plates?

It’s really quite simple. Most blogs have the social media icons available, and all you have to do is hit Google+, Facebook, or Twitter and it’ll post for you (if you’re

And when you’re procrastinating (you?—Never!) by scrolling through Facebook, when you see a book launch or announcement by a fellow WWWer, hit “Share”. That way, her announcement will go out to all the people who follow you. And if one or two of your followers also hit “Share”, and so on, it might start something viral. You just never know what benefits will come back when you “pay it forward.”

It really only takes a few seconds, so especially with our WWW blog
and the posts on our Facebook page, please help each other out by hitting the button.

Heidi M. Thomas is the author of the “Cowgirl Dreams” trilogy, with the third book, Dare to Dream, being released May 6. Heidi is also a freelance editor, is the WWW blog coordinator, and writes her own blog, as well as regular spots for the Blood Red Pencil editing blog and the VBT Writers on the Move blog.
Posted by Heidiwriter at 6:09 AM 4 comments:


Wow, so much talent in our organization! And it looks like WWW nearly "cleaned up" in the Colorado Book Awards. Congratulations to all!
New Releases

Amy Hale Auker also has two poems, "Lightening Up" and "See You at the Barn"  in the National Cowboy Anthology Celebrating 30 Years of Wrangling Words.

Diane Thomas The Buffalo Messenger
In 1910, two Dakota girls get sick and run away from boarding school to find the buffalo messenger--a red cricket medallion that points toward miracles and healing. Running away causes a chain of events that culminate in a deadly encounter between the tribe and local whites. The book was inspired by the author’s family history and actual events.

Lucinda Stein Sanctuary: Family, Friends, and Strangers, a collection of stories
Stein's eclectic anthology of contemporary and historical short fiction reveals that sanctuary can often be found with those closest to us and sometimes, even with strangers. Includes her 2011 LAURA Short Fiction Award winning story, "Sulfur Springs." Also available at  Barnes & Noble

Alethea Williams, Walls for the Wind:
When Kit Calhoun leaves New York City with a train car full of foundlings from the Immigrant Children’s Home, she has no clue she might end up as adoptive mother to four of them in rip-roaring Cheyenne, Wyoming.The first time handsome Patrick Kelley spies Kit in Julesburg, Colorado Territory, he wants her. But danger lurks, and they’re all forced to leave behind everything they knew to try and forge new lives in the raw American West. Also on Kindle and Nook

Susan Wittig Albert’s Death Come Quickly (China Bayles #22, Berkley Prime Crime) When China’s and Ruby’s friend Karen Prior is mugged in a mall parking lot and dies a few days later, China begins to suspect that her friend’s death was not a random assault. Karen was a filmmaker supervising a student documentary about the fifteen-year-old murder of a woman named Christine Morris and the acquittal of the man accused of the crime. Is it possible that the same person who killed Christine Morris targeted Karen?

Kayann Short, A Bushel’s Worth: An Ecobiography by Kayann Short was a finalist for the 2013 May Sarton Memoir Award. The Women's Memoir Award is named for May Sarton, distinguished American memoirist, poet, and novelist and is offered annually by the Story Circle Network, an international nonprofit association of women life-writers.

Andrea Jones, Between Urban and Wild, a collection of essays about life at the wildland-urban interface in Colorado, has been shortlisted in the Adult Nonfiction category of the Reading the West Award sponsored by the Mountains & Plains Independent Booksellers Association. The award is designed to promote books whose subject matter is set in the Association’s 12-state region.

Pamela Nowak  CHANGES is a finalist in the Colorado BookAwards (genre fiction).

Susan J. Tweit’s blog “Choose Happiness. Love all Life” is a finalist for the Colorado Authors League Awards  for a series of essays about building a life after her husband Richard’s death. 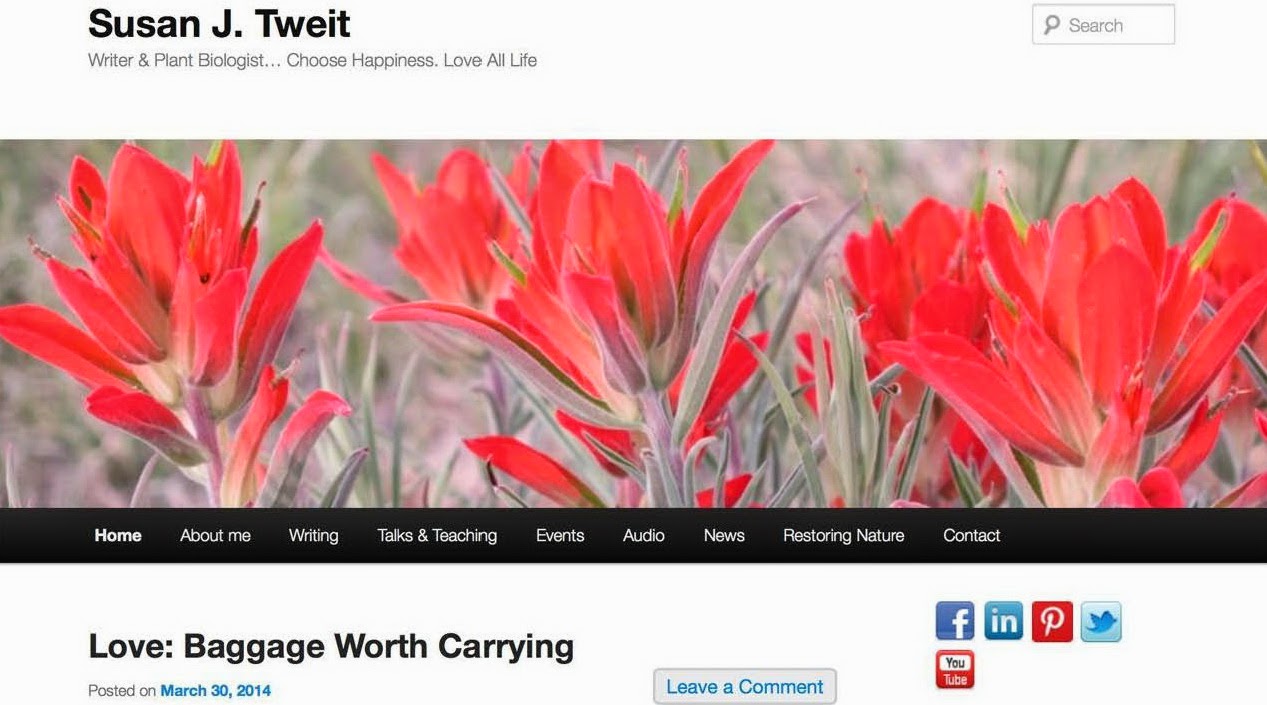