Bodie Is My Springboard

A writer may use many springboards to dive into her novel. An historical event, personal memory, or location may be the source from which flow story and character. My jumping off point is a place where I can walk dusty streets, take cover in dilapidated buildings, and climb sage covered hills. In the case of my forthcoming debut novel A Fence Around Her, that place is Bodie, California.

Bodie’s gold mines boomed in the early 1880s and soon declined. People moved on. Neglect and fires wiped out most of the buildings. What was left is now a California State Historic Park that draws visitors from all around the world. On one of my trips, I swear I heard more German than English spoken on the streets of Bodie.

You may wonder how a Nebraska writer became obsessed with a ghost town in the Eastern Sierra. Before moving to Nebraska, I lived in Northern California for ten years. I used to watch a TV show on a Sacramento station hosted by a stocky fellow who traveled around the state reporting on the lesser known points of interest. I couldn’t tell you now the name of the show or the host, but I tuned in to get ideas for places to visit. In one episode, the host went to Bodie, and this is hard to explain, but the story and images of that lonely ghost town in the desolate, achingly beautiful treeless hills triggered a feeling deep in my heart. The feeling wasn’t “I want to go to that place,” but rather, “I have to go to that place.” Even further, though it puzzled me at the time, I felt I had to write a novel set in that place.

In early June of 1997, I packed up my dog and camping equipment and drove to Bridgeport, a charming little town in a verdant valley in Mono County. I set up camp next to Lower Twin Lake, and the next morning, I went to Bodie. I toured the Standard Stamp Mill, where enormous iron stamps once pulverized ore into precious dust that yielded gold and silver. I stood in the ramshackle houses where people had left belongings behind, even plates and cups on the tables, as if they had decided that they’d had enough of the dying town and up and left without a second thought. I climbed the bluff and looked down at the scattered buildings, the last vestiges of a once prosperous mining district. Finally, I visited the bookstore in the old Miners Hall and stocked up on books that would serve as reference material for my novel.

I returned to Bodie the next year right before moving to Nebraska for my doctoral program. Now, so many years later, the novel that sprang to life in Bodie will soon be published, and though it is many miles away, I hope that Bodie will be the springboard for many more novels to come! 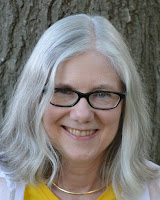 Posted by Heidiwriter at 6:00 AM 2 comments: