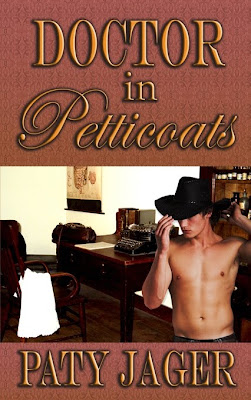 Doctor In Petticoats
By Paty Jager
After a life-altering accident and a failed relationship, Dr. Rachel Tarkiel gave up on love and settled for a life healing others as the physician at a School for the Blind.  She's happy in her vocation--until handsome Clay Halsey shows up and inspires her to want more.

Blinded by a person he considered a friend, Clay curses his circumstances and his limitations.  Intriguing Dr. Tarkiel shows him no pity, though.  To her, he's as much a man as he ever was.
Can these two wounded souls conquer outside obstacles, as well as their own internal fears, and find love?
Doctor in Petticoats the fourth book in the Halsey Brother series, releasing June 25th.


Published by The Wild Rose Press 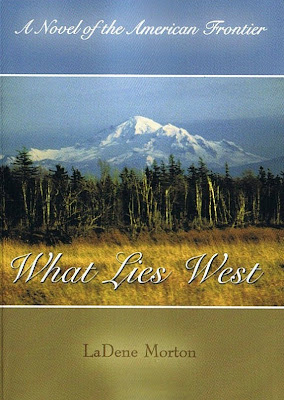 What Lies West is set in the mid-nineteenth-century American West, where it seems everyone is pursuing their own dream. Carolina (Lina) Clark, young and recently-widowed, can’t afford to dream, thanks to the bankrupt business left behind by her ne’er-do-well husband.

Alone, desperate, and with no other prospects, Lina takes a chance on a wagon train headed west, though she must throw in with two unlikely companions—a would-be madam, and a young man hell-bent on joining the cavalry. Soon, Lina finds herself searching for a dream of her own.

Purchase Here at www.iUniverse.com or www.Amazon.com 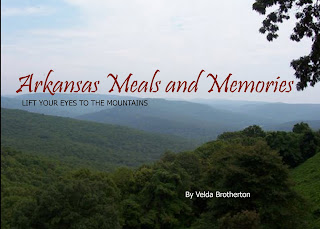 Arkansas Meals and Memories
Lift Your Eyes to the Mountains
by Velda Brotherton
150 authentic Ozark recipes, some dating back to the 1800s, remedies and sayings from the hills, plus stories of growing up in the Ozarks during the Great Depression. Includes photos.
Published by Goldminds Publishing, Springfield, MO
Order here from Amazon.com
Visit Velda Brotherton at www.veldabrotherton.blogspot.com
or www.veldabrotherton.com


Posted by juliepollitt at 7:58 PM No comments: