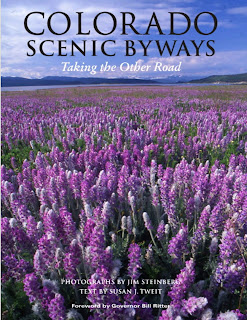 The two-volume set of books details the sights and stories of Colorado's twenty-five byway routes, from the ruler-straight roads crossing the expansive plains to the oft-overlooked foothills, and from the Jeep trails ascending to nosebleed heights in the high peaks to the vivid canyon country of western Colorado. Colorado Scenic Byways is due to be released in September, when Tweit and Steinberg will criss-cross the state doing book-signings. (Check www.coloradoscenicbyways.com/ for a signing near you.) Tweit says the duo is "thrilled" by the Governor's choice.

Be sure to check the following link for Susan's appearances in the month of September. http://susanjtweit.com

Susan, a member of Women Writing the West, is the author of a range of books on wildlife and landscapes, among many other subjects. Her work has appeared in a variety of magazines including, Audubon Magazine, Popular Mechanics, and the Los Angeles Times.

Susan has received a host of awards including the USDA Award of Merit, the Best Trade Book (Pieces of Light) from the Rocky Mountain Book Publishers Association, and the Outstanding Science Trade Book for Children (City Foxes), among many others.

Susan's host of anthologies, feature articles, essays and books can be found in libraries, bookstores and newspapers. While you're out and about, you might just spot her giving talks and readings at the Denver Botanical Gardens, museums, and universities throughout Colorado and many other states.

Posted by juliepollitt at 2:40 PM No comments:

Night Freeze
By Lee Emory
A thriller, edge-of-your-seat tour of a doctor and her family marked for death, a task force cop who tries to make sense of multiple gruesome killings. There are tragedies in life which permanently sculpt how people spend the rest of their lives, but can they stay sane?

Charley's Choice: The Life and Times of Charley Parkhurst
By Fern J. Hill
Charley Parkhurst ran away from an orphanage, worked hard learning horse craft, and, over the ensuing years, earned a hallmark reputation driving a six-up in Massachusetts, Rhode Island, Georgia, and California during the gold rush era. When death overtook Charley, many long-time friends and acquaintances were astounded to learn the tough old stage-driver was a well-endowed woman who had given birth at some point in her life. A member of the all male Independent Order of Odd Fellows, Charley was the only woman known to have voted in California during the 1868 federal election, fifty-two years before women won the right to vote.

Order from Buy Books on the Web Here
Order from Amazon.com Here 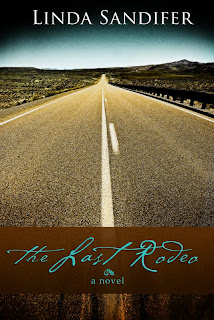 The Last Rodeo
By Linda Sandifer
A professional bull rider's decision to retire from rodeo thrusts him into conflict with his freewheeling dad and brother, and into the arms of a woman he dare not love. A story of love, regret, conviction, and the journey of a family in transition.

Journey to Tracer's Point
By Gwyn Ramsey
Lured into a get-rich scheme in 1849, Caroline Anderson is abandoned along the Oregon Trail and is forced to make a life threatening decision. Determined to survive, she pushes forward to find her brother-in-law and obtain her husband’s share of the claim. 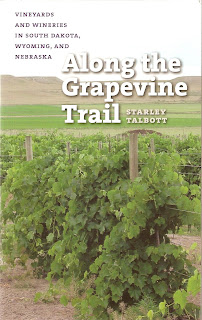 Along the Grapvine Trail
By Starley Talbott

South Dakota, Wyoming, and Nebraska may not spring to mind when people think of wine, but all three states have thriving grape growing and wine-making businesses and a burgeoning reputation among wine connoisseurs. Author, Starley Talbott, introduces readers to many vineyards and wineries, from award-winning, large-scale vintners to family-oriented growers. Information about growing techniques, harvesting, crushing, fermenting, and bottling fill the pages and provide an excellent resource for visitors. Follow the suggested route and visit one or all. Enthusiastic growers and wonderful wines await you at each stop. The book also provides an arm chair journey for those who can't visit in person. It tells the fascinating stories of these modern-day pioneers who have ventured into a new agricultural and tourism enterprise.

Amelia Anne Polley, deafened at a young age, must again learn to communicate. Forced to grow up on the frontier at the Colorado Institute for the Education of Mutes, Amelia is determined to live life the way she dreamed. Her dream did not include becoming a mail-order bride to rancher Aaron Zachary. Can Amelia and Aaron find love through a different language - the language of love?

Order from all online bookstores including
www.Amazon.com 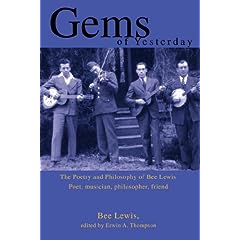 Gems of Yesterday: The poetry and Philosophy of Bee Lewis
By Bee Lewis (Author), Erwin A. Thompson (Editor)

Gems of Yesterday: The poetry and Philosophy of Bee Lewis has been a labor of love for editor and long-time friend, Erwin A. Thompson. Each of the 274 poems in this book was carefully selected and typed by Mr. Thompson as a tribute to a man he thought of as a kindred spirit and mentor. The poems span a period of close to four decades and cover a rare glimpse of a bygone era. The subject matter ranges from the personal to the philosophical, from dialect to description.

Linda Sandifer to be Featured in IDAHO Magazine

I wanted to share the news that IDAHO Magazine will be running a feature article on me in their September issue. The article is written by fellow Idaho author Bill Corbett (Buddy, His Trials and Treasures--wa/Will Edwinson). The article will focus on how my ranching background has influenced my writing. If anyone is interested in reading the article, you can purchase a copy from the magazine's website (www.idahomagazine.com). The September issue will be released at the end of August. What an honor to be featured in this wonderful magazine!
Posted by Linda Sandifer at 2:24 PM 1 comment: