Jumping into the Limelight

By Gail L. Jenner
Getting to appear on national TV is not something I ever thought I’d do. The fact that I’ve now appeared four times on major television shows is pretty incredible. I have done a few Youtube videos and several radio interviews, including NPR’s “West Coast Live,” but nothing bigger than that – until.... 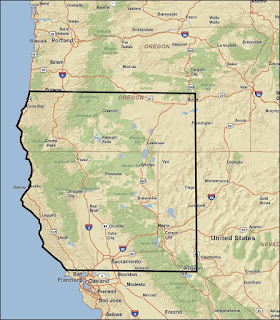 The first time I was approached about appearing on a TV show was in 2011, for History Channel’s “How the States Got Their Shapes.” The producer had apparently “googled” about the State of Jefferson and because I’ve coauthored four regional books (three with Arcadia Publishing, one with Old American Publishing) on the history of the region, my name jumped up. It was really only a short blip on the show; sadly, the weather turned bad and Brian Unger had to return to the hotel because he had a cold and laryngitis! But it was still interesting, and the production crew fun was work to with, in spite of the rain.

My second foray into the limelight was on Oregon’s PBS series, “Oregon Experience,” produced by Kami Horton (who will be attending our WWW conference in October!). She, too, had come across my name in regards to the State of Jefferson – both the history of the area and the so-called “1941 rebellion.” She called and we had a great visit, then she and her crew came to the ranch. They taped me in a 2-hour interview and the film crew took some candid shots around the ranch; in addition, I was able to give them more locations and individuals who might be helpful. The program aired in November 2014 and, recently, it won a WWA Spur Award for the Best Documentary! I will be in Lubbock, TX, and will be accepting the award for Kami since she can’t attend this year’s WWA conference.

In December, I was also contacted by our Siskiyou County Museum director/curator. New to the area, when “Mysteries at the Museum” called up about coming to Yreka to view the State of Jefferson state symbol – a gold pan – she called and asked if I would appear, that she felt she couldn’t do the show. So, for the 3rd time, I was asked to speak about the history of the State of Jefferson and the 1941 movement. This time the interview was well over 2 hours. Again, it was a young and energetic film crew that had flown in to do the show. This show aired in March, and it’s been replayed several times now. 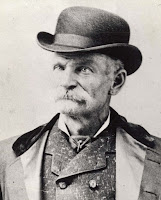 Lastly, I was flown to Montana in January to be interviewed about Charles E. Boles, aka Black Bart, the Poet Bandit, for a new series called “Legends & Lies,” produced by Bill O’Reilly and aired on Fox News as one of ten episodes about unique western figures. The researchers for this show also apparently found me via the internet. In 2008, I coauthored the first and only fictionalized biography of California’s most successful stage bandit, so my name apparently rose to the top of the search engine—which goes to show the impact of the internet!

The production company, Warm Springs, is located in Missoula and what a delightful crew. I was provided a wonderful suite for two nights; my flight was paid for and I was given a rental car plus a stipend. I was taken out to dinner one night with two of the crew members. The interview took place in a small “log cabin” outside of town; its windows were taped and darkened, and I sat in a small living room space after going over what would be expected of me. My contact person, Erin, had sent me a list of questions a week or two earlier that they had for me. I found the questions interesting, although we went well beyond those questions during the taped interview. It all went well, but lasted almost 4 hours. Afterwards I was exhausted. The show aired in May and has already been run three times.

All in all, whether these particular shows impact the sales of my books or not, this series of adventures has opened my eyes to the far-reaching power of our stories as well as the importance of marketing and building a platform that can lead to new opportunities.

Gail L. Jenner is a Past President of Women Writing the West.  She has written four volumes about the State of Jefferson and two novels, Across the Sweet Grass Hills and Black Bart, the Poet Bandit. She is the wife of a fourth generation cattle rancher and lives on the family's historic farmstead.

Posted by Heidiwriter at 6:00 AM 4 comments:


Congratulations to you all on your new releases and Kudos to those who have won awards.
NEW RELEASES

Cynthia Woolf, Mail Order Outlaw. Lizzie can’t find a husband and then one shows up unexpectedly. Ed Talbot isn’t husband material. He’s an outlaw, was forced into his father’s gang at the age of thirteen, and is wanted Dead or Alive in more than one territory. Can Ed get away with impersonating Lizzie’s intended?

LaDene Morton, The Country Club District of Kansas City. One of the grandest experiments of American urban planning, the Country Club District, lies tucked in the heart of Kansas City. Initiated in 1905, it eventually spilled over 6,000 acres and attracted national attention to a city still forging its identity. In her new book, author LaDene Morton examines a project that required a half-century of careful development to fully fulfill the vision of founder J.C. Nichols. Home today to many of the city’s most exclusive residential areas and commercial properties, the district served as a model for residential development in cities all over America in the ways it built communities to stand the test of time.

Vella Munn, One Day, a novella, introduces her four-book contemporary romance series set at Lake Serene in the Oregon mountains where forgiveness and love is possible. The complete series is now available at Amazon and other retailers. Five years ago Jes and Shyla Croft spent their honeymoon at Lake Serene. Now they've returned to end their marriage. They will not speak of what they once believed would last forever. Then Jes hands Shyla something that will make more of an impact than
divorce papers. 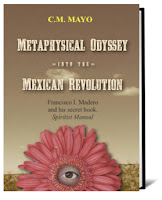 C.M. Mayo's Metaphysical Odyssey into the Mexican Revolution: Francisco I.Madero and His Secret Book, Spiritist Manual (Dancing Chiva), has won the National Indie Excellence Award for History. A blend of biography, personal essay, and a rendition of deeply researched metaphysical and Mexican history that reads like a novel

Jane Kirkpatrick, A Light in the Wilderness (Revell) is a 2015 Western Writers of America Spur Award finalist. This is a story of one of the first African American women to come to the Oregon Country. Letitia Carson had reason to bring a lawsuit, a rare thing in a territory that excluded free blacks from even being in it.

Marsha Ward, Gone for a Soldier, the prequel to the Owen Family Saga was named a 2014 Whitney Award Finalist for Historical Fiction. The novel introduces the Owen Family and details their trials on and off the battlefield during the American Civil War. The main characters, Rulon and Mary Owen, learn that not all enemies wear the Union blue.

Carolyn Neithammer The Piano Player The International Book Awards has named as a finalist in the category Fiction: Western. When well-bred Mary Rose follows her dream to rowdy 1882 Tombstone, she quickly discovers that her sheltered life has not prepared her for the challenges of being a piano player in The Bird Cage Theater.

Mary E. Trimble’s memoir, Tubob: Two Years in West Africa with the Peace Corps received the IndiePENdents’ Seal of Good Writing. The IndiePENdents celebrate and recognize the work of independent writers and, as a group, are on their way to making a change in the industry by opening the gates to self-published writers. Tubob: A newly married couple who discover themselves in new light as they work and learn about the culture in a third-world country. They find strength and frustration trying to make a difference.

Andrea Downing, DearestDarling received the Golden Quill Award for Best Novella from Desert Rose branch of RWA. Stuck in a life of servitude to her penny-pinching brother, Emily Darling longs for a more exciting existence. When a packet with travel tickets, meant for one Ethel Darton, accidentally lands on her doormat, Emily sees a chance for escape.


Posted by Heidiwriter at 6:00 AM No comments: