Are you making plans to attend the 21st annual Women Writing the West Conference? This year, "Distinctions of the West: Writers Explore the Northwest" will take attendees to the beautiful high desert country of Redmond, Oregon, at the Eagle Crest Resort, October 8-11. Three pre-conference intensives are planned for Thursday, October 8. We hope attendees will plan to take advantage of one of these fabulous sessions.

Stephanie West Allen, JD, practiced law in California for several years, held offices in local bar associations, and wrote chapters for California Continuing Education of the Bar. While in California, Stephanie completed a number of five-day mediation training programs, including several with the Center for Mediation in Law, and a two-year intensive with Center co-founder Gary Friedman. She has been a mediator for over two and one-half decades. While in law school, she took many courses in Santa Clara University's School of Counseling Psychology. Stephanie has consulted with lawyers and law firms for many years, and spent a number of years as lawyer training director at a large firm. She also designs and presents Continuing Legal Education programs. She is the author of Creating Your Own Funeral or Memorial Service: A Workbook, and many articles on workplace and professional issues for such publications as Lawyer Hiring and Training Report, Colorado Nurse, The Complete Lawyer, National Law Journal, Of Counsel, The Jury Expert, Law Practice, Denver Business Journal, and TRIAL. Her articles about mindfulness and the brain have appeared in many publications.

Dawn Wink grew up on a cattle ranch in the San Pedro River Valley in southeastern Arizona. She is a writer whose work explores how landscapes can expand our understandings. Her essays and articles have appeared in numerous journals, and she is co-author, with Joan Wink, of Teaching Passionately: What's Love Got To Do With It? (Allyn/Bacon, 2004). Her novel, Meadowlark, was a WILLA Literary Award Finalist for Historical Fiction. Dawn lives with her family in Santa Fe, NM, and teaches at Santa Fe Community College.

Susan J. Tweit began her career as a field ecologist, studying grizzly bears and wildfires. Her work has appeared in magazines and newspapers from Audubon and Popular Mechanics to the Los Angeles Times, and has been heard on public radio. She is the author of 12 books, including the award-winning memoir, Walking Nature Home. Susan's blog about her journey with her husband's brain cancer, and her solo life after his death, has a wide audience. Her work has been hailed as "rich in the wisdom of one come face-to-face with the fragility, beauty and poetics of everyday life..." 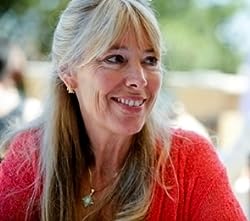 Page Lambert, one of WWW Founders, is the author of In Search of Kinship, hailed by the Rocky Mountain News as one of the "hottest reads of the summer," and Shifting Stars, finalist for the Mountains and Plains Book Award for Best Novel. Her stories and essays are widely anthologized, appearing in dozens of collections and magazines, including The Writer and Orion. Excerpts from These Things I Can Love received the 2009 Orlando Nonfiction Writing Award from AROHO. A fervent teacher of writing and writing retreats, presenting over 200 events, she was touted in Oprah’s O Magazine as offering “One of the top six great all-girl getaways of the year.” Al Gore’s editor Leigh Haber called her a “Horse Whisperer for writers.”

Julene Bair is the author of The Ogallala Road, A Memoir of Love and Reckoning (Viking Penguin, 2014). Her first book, One Degree West: Reflections of a Plainsdaughter, won Mid-List Press’s First Series Award and a WILLA Literary Award from Women Writing the West. Bair’s essays have appeared in venues from the New York Times to High Country News. A 2004 NEA fellow, she has taught at the University of Wyoming, the University of Iowa, the Iowa Summer Writing Festival, Denver’s Lighthouse Writers and the Jackson Hole Writing Festival. Prior to teaching and writing, her career interests ranged from the management of a San Francisco recording studio to filmmaker to farmer. She lives in Longmont, CO.

Ellen Waterston is a poet, author and literary arts advocate. Vía Láctea, published by Atelier 6000, November, 2013, is her most recent title and third collection of poetry. The verse novel is based on walking the Camino de Santiago in 2012 and will premiere as an opera in June 2016. Her poetry awards include WILLA Literary Awards for her two previous collections, Between Desert Seasons, and I Am Madagascar, and the Obsidian Prize for Poetry. Other titles include Cold Snap, a chapbook of poetry and prose; Where the Crooked River Rises, a collection of award-winning essays about Central Oregon’s high desert, and a memoir, Then There Was No Mountain, rated one of the top ten books of 2003 by the Oregonian and a WILLA Finalist that year. She has been awarded numerous writing awards, fellowships and residencies and her work has appeared in many journals and reviews. A sought-after speaker, she has twice been a Women Writing the West keynote speaker. After eleven years as founder/director of The Nature of Words (NOW), a literary arts non-profit in Bend, she passed the baton in 2012 to focus on her writing, the Writing Ranch, and, most recently, the creation of the Waterston Desert Writing Prize. Ellen founded the Writing Ranch in 2000, offering workshops and retreats in Central Oregon and outside the United States. Recently launched, the Waterston Desert Writing Prize is awarded annually each June. She is currently working on a fourth collection of poetry, a second memoir, and on High Road, a non-fiction work examining land use issues in the high desert.

~*~
Cost for one of the pre-conference sessions is $35 for members or $40 for non-members. Watch your mail this month for details about all the workshops, tours and sessions. You can also register and find more conference details online at Women Writing the West. Take advantage of the early-bird conference pricing through June 30. And don't forget to "like" our conference page on Facebook. We'll see you in Central Oregon in October!
Posted by Heidiwriter at 5:13 PM

What a great line-up of workshops! Thanks, Shanna and Jane for setting up such inspiring offerings. (If I wasn't teaching in one, I'd have a tough time choosing between the other two...).

These all sound wonderful. Is there a pre-pre workshop on how to clone yourself to go to all three??? Great job, organizers!

Thanks a lot for this blog. These women are inspiration for the new writers. I also prefer reading articles improve your writing skills. Like this site https://www.litreview.net/annotated-bibliography-tips-your-handy-guide/ you can see here writing about people become so easy and fast. We have excellent experts here.