At first I thought the phone call was phony. However, it didn’t take long before Brian Kniffel convinced me he was for real. He is a producer for Painless Entertainment (a production company) and was interested in having me be part of a “Dead Files” show in Roseburg, Oregon.

On April 15, 2014, Brian drove to my home for an interview. He was very nice and really liked my house and property. Two days later he called and said the production crew was excited about having me on the show, and, oh yes, would I mind if they filmed at my house. He connected me with their research assistant and we went over the information they already had. I did my own research to verify it and I was able to add details they didn’t have.

I think I was more nervous about filming at my home than doing the interview. Two weeks after that first phone call a caravan of cars and a large van drove down my driveway. Besides Steve Di Schiavi, the star detective, there were about a dozen crewmembers and tons of equipment. We did the filming on my covered front porch. 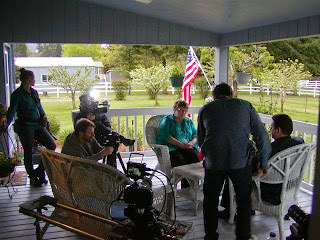 Desme Simon, a senior segment producer I’d talked to many times before, called me on August 11, to let me know that the Roseburg show would air on September 6. She also wanted to know if I was interested in doing another segment. They were filming in Salem, Oregon and doing a show about Independence, a small town nearby. In a strange coincidence, I had just finished writing a new book about the Oregon State Penitentiary (Arcadia Publishing November 2014.) and they wanted me to talk about the prison’s first superintendent.

On August 15, I drove to Salem and met the crew at the Oregon State Library. It was like a family reunion. While some crewmembers were new, it was fun to catch up with those I’d already met.

Desme and I went over the information I was going to talk about and we descended into the library stacks to start filming. It was pretty tight quarters, but through some ingenious engineering they managed to get cameras, lights, crew, Steve, and me into position. I felt more confident this time. Experience does help. It was easier to concentrate on what I wanted to say when I wasn’t so nervous and worrying about what was going to happen next. We finished in a couple hours and after saying good-bye to everyone I left.

I didn’t hear anything from the show until seven months later on May 4th when Desme called and told me the show would air on the Travel Channel Saturday, May 9, 2015. 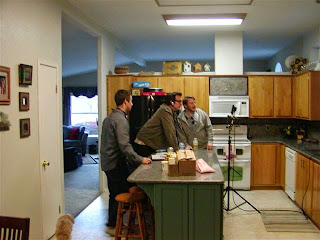 Later, I asked Brian why he had called me to participate in that first show. He said they liked to use authors who had written books for Arcadia Publishing about the various towns that the show visited. They believed those authors would be informed about the area and the most enthusiastic about the subject.

Who knew when I wrote “Roseburg” for Arcadia that it would lead to two television appearances? Even though I’m NOT an actress and my 66-year old body isn’t glamorous, I had decided ten years ago when my first book was published, it didn’t matter. People are far more interested in what I have to say than what I look like. I’ve tried to maintain that confidence and it has served me well. Without it, I’m sure I wouldn’t have participated in many of the opportunities writing has offered me – even if they did spell my name wrong. 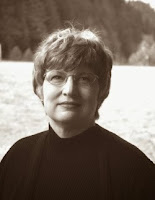 Diane L. Goeres-Gardner is a fifth-generation Oregonian, as her ancestors settled in Tillamook County in 1852. She began writing at an early age, winning her first writing contest at age 12. Diane is the author of Necktie Parties: A History of Legal Executions in Oregon, 1851~1905, the sequel  Murder, Morality and Madness: Women Criminals in Early Oregon, and Oregon State Penitentiary. 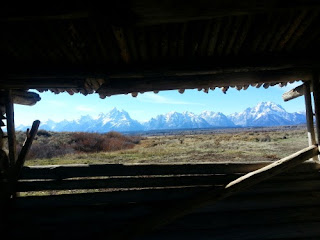 Grand Teton National Park stands as a patch of land where the earth has struggled like an indecisive artist to create high plains that stretch themselves into harsh, jagged peaks. This is what endless streams of tourists come to see.  One can only feel reverence, one can only feel a minute speck in the vast panorama; it makes you realize how tiny and inconsequential you are in the scheme of things. I am envious of those who are lucky enough to live there year-round compared to my two, comparatively brief stays each year. I hold in awe those who homesteaded this unforgiving country, and feel jealous that they were able to live here.  This is a land that gives you a sense of history, a sense of destiny.  It is a geography of hope, born of chaos, forged by nature and hard won by man. 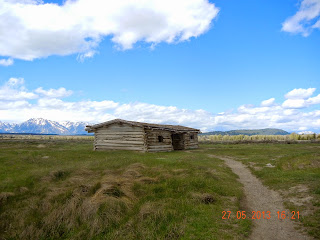 One of the men who would put his mark on this country was J. Pierce Cunningham. A fellow New Yorker, he arrived in the Jackson Hole area of the Tetons around 1885, aged about twenty.  A few years later, he and his wife staked a claim under the Homestead Act, and thereby laid the foundations for what would become the Bar Flying U Ranch.  The cabin they built, which under the Act had to be at least 12 x 12, was what is commonly known as a dogtrot or double-pen cabin, encompassing two separate rooms with a dogtrot or breezeway in-between.  Although a more substantial home was eventually built, along with sheds, barns and other outbuildings, it is the original cabin that still stands today. 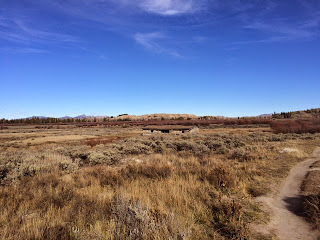 When I first visited Cunningham’s cabin I was immediately struck by the isolation of this remote location, how lonely it must have been in the 1880s.  Although more than four hundred claims were filed in Jackson Hole in the latter part of the nineteenth century, the vastness of the valley meant there could be little interaction, especially during the harsh winter months.  And this was a hardscrabble life; rocky soil led to high operating costs as ranchers struggled to feed their cattle during the long winter.  The infamous winter of 1886/87 put an end to much of the open range ranching.

One might think, why do it then?  I can only answer for myself as to what I feel when I stand there, surrounded by a landscape so startling, so inspiring, I feel purified, whole, inconsequential and ephemeral.  Not having been born there, I cannot fathom my own attachment to this place, why I feel the oft-repeated need to return there, but it somehow cleanses me, clears my head. 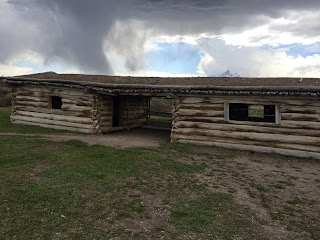 When I visit Cunningham's Cabin, either alone or with a friend, we are usually the only ones there.  Tourists do not come to Grand Teton National Park to see historic buildings. Occasionally, someone drives up having seen the marker on the main road.  They get out, give a quick glance to the information sheet and look off in the distance trying to spot the cabin before heading on.  I wonder if they ever consider the lives that passed against this backdrop they now so briefly enjoy.
Cunningham Cabin was the inspiration for Andrea's book, Dearest Darling.  An earlier version of 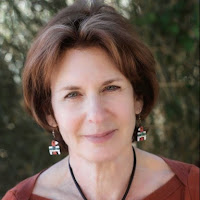 this post appeared as 'A Cunning Inspiration' on her blog.  Born in New York, Andrea Downing returned in 2008 from the UK where she lived for most of her life. She now divides her time between NYC and the east end of Long Is., punctuated by frequent journeys out west---the area of the USA she loves best. Her first book, Loveland, was a finalist for the 2012 RONE Award for Best American Historical.

Posted by Heidiwriter at 6:00 AM 7 comments:


Congratulations to our WWW members on their new books and awards! What a great group this is!
NEW RELEASES 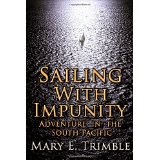 Mary E. Trimble, Sailing With Impunity
Sail with Mary and Bruce on a 13,000-mile adventure from Seattle to legendary South Pacific Islands and home again. From magical sights and scents of their first tropical island landfall to the bustling, colorful Tahitian markets. From sudden midnight squalls and weathering a cyclone in Samoa to pristine anchorages in the Kingdom of Tonga. Share the adventure as they fulfill their dream.

Vella Munn’s four book Native American historical romance series, “Soul Survivors” has been released: Seminole Song, Spirit of the Eagle, Wind Warrior, and The River’s Daughter are about the men, women, and children determined to remain true to their traditions and cultures in the face of traumatic challenges. The stories are historical romances and more, extensively researched and full of Vella’s deep admiration for America’s first citizens. 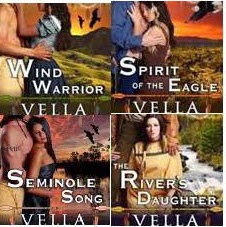 Shanna Hatfield, Thimbles and Thistles (Baker City Brides, Book 2)  Maggie Dalton has no need for a man in her life. Widowed more than ten years, she’s built a successful business and managed quite well on her own in the bustling town of Baker City, Oregon. Full of Scottish charm and mischief, Ian MacGregor could claim any available woman in Baker City as his own, except the enchanting dress shop owner who continues to ignore him. Not one to give up on what he wants, Ian vows to win Maggie’s heart or leave the town he’s come to love. 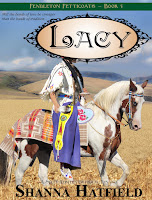 Shanna Hatfield Lacy (Pendleton Petticoats, Book 5)  Eager to make her own way in the world, Lacy Williams leaves behind her family on the Umatilla Reservation and accepts a job in Pendleton at the telephone office as an operator. Grant Hill wants a wife. However, not just any wife will do. If that were the case, he’d make an announcement at the mercantile and cause a stampede to the church. The two must strive to discover if the bonds of love are stronger than the bonds of tradition in this sweet historical western romance.

Linda Broday Twice a Texas Bride When Rand Sinclair finds a woman and child half-frozen and starving in the dead of winter, he shares the warmth of his fire. Then he discovers she's running from an outlaw bent on killing her. He risks everything he has to keep her safe. 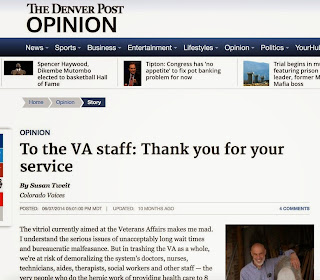 Susan J. Tweit's commentary, “Thank You for Your Service,” published in the Denver Post last May, is a finalist for the Colorado Authors League Awards in the Essay category.

Gretchen Wiegand and Anna McDermott, The Circle of Na’mow is a 2015 Colorado Book Awards finalist for Historical Fiction. The Colorado Book Awards Celebration will be on Sunday, June 21, 2015 at the Doerr-Hosier Center in Aspen Colorado and will kick off the Aspen Summer Words 2015 Literary Festival. 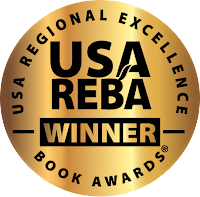 Roni McFadden The Longest Trail won the 2014 USA REBA award for the best non-fiction representing the western states and the second edition will be released soon. Ride along with young Roni as she discovers the lessons of the ancient spirits of the mountains, deserts and horses-a wonderful coming of age tale in a magnificent setting.

Posted by Heidiwriter at 6:00 AM 3 comments: