How I Got My Agent

NOTE: This post is a condensed version of a post originally published as a guest column on Chuck Sambuchino’s Writer’s Digest blog March 4, 2016.

When I packed my bags and drove to the 2012 Pacific Northwest Writers Association Conference in Seattle to find an agent, I had been trying to get published for 33 years. During that time I wrote 19 books. Over the first half of that period, four agents represented me without success. For the second half I wandered in a wilderness of rejections and bursts of hope. I kept writing books, honing my skills, trying to find another agent. 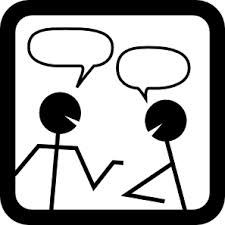 In 2006 my dad died, and I chose to keep the family farm. Caught up in the turmoil of losing my father and taking on his farm, I began to think I could quietly let the writing go. I wouldn’t admit I was quitting. But who would even notice?

Then I became intrigued with the fact that my great-great-grandmother came west over the Oregon Trail and purchased this farm after her husband died. I decided to try one more book and write her story.

I arrived at that 2012 PNWA conference ready to pitch that book, but dreaded stepping into the crowded room where authors would line up for their pitches. Agents and editors sat behind a long table, each with a chair opposite for the person pitching. We had three minutes—one minute to pitch, two minutes for conversation. 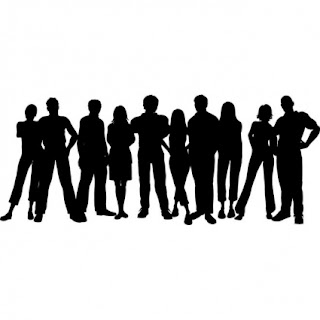 My book was nonfiction, but most of my still-viable work was historical fiction. So I selected agents and editors who accepted both.

It all went so efficiently I pitched everyone on my list and still had time. As I pondered what to do next, I saw New York agent Rita Rosenkranz at the long table. I had seen her at PNWA conferences before and liked her, but she only accepted nonfiction.

It occurred to me that what I had this day was nonfiction. I whispered to myself, “I need something—now. I can deal with the fiction later.” I walked over to Rita’s line. After I gave my pitch, she asked me to send her a proposal and three sample chapters.

I got seven requests for material that day, but as the responses trickled in, only one came back with an offer of representation. Rita Rosenkranz. In less than a year she cut a deal for my book with Globe Pequot Press/TwoDot imprint. A Place of Her Own was released in 2014.

But what about the fiction? Would Rita send me back out to the wilderness again? She not only accepted the fiction, she was delighted to represent it.

So now my historical novel, The Shifting Winds, is out. Same editor. Same house. Same pioneer era as the first. Although the main characters are fictional, a lot of real history wraps around their story.

My own story doesn’t end there. Rita is shopping more books for me. More historical novels. All this, because I didn’t give up, because I dared to walk into that dreaded pitching session—and because of a moment’s decision in a crowded room. 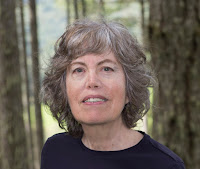 tales of her pioneer ancestors who traveled west over the Oregon Trail. Her first book, A Place of Her Own, tells of her great-great-grandmother who followed that trail and dared purchase a farm in the Oregon wilderness in 1868 after her husband died. Janet grew up on this farm, which she now owns and operates. After earning a master’s in journalism with honors from the University of Oregon, Janet taught college writing and wrote freelance for newspapers. Her new novel, The Shifting Winds, focuses on the same frontier period in American history.

Posted by Heidiwriter at 6:00 AM

Email ThisBlogThis!Share to TwitterShare to FacebookShare to Pinterest
Labels: A Place of Her Own, How I got My Agent, Janet Fisher, PNWA, The Shifting Winds, Women Writing the West

Janet, What really strikes me about your story is that you wrote nineteen books while waiting to be published. That is the definition of a real writer as far as I'm concerned, and that is why you are having such success. Congratulations! You are an inspiration to all of us!

Your persistence is inspiring, Janet. How many of the 18 books have been published? Thank you for sharing your story, and what a blessing you now own the farm. What a legacy.

Carmen Peone said...
This comment has been removed by the author.
11:20 AM

Thanks for your comments, Brigid and Carmen. I do love to write,and that more than anything else keeps me going. I particularly enjoy historicals where I can step back in time and imagine what life must have been like in our past. Carmen, I now have two published books. After the story of my great-great-grandmother came out, I learned that my editor was buying some fiction, so I told my agent about a novel I had written some years ago set in the same pioneer era and asked if she thought I should bring it out. She said, "By all means, yes." It took a lot of rewriting, but the editor bought it and that's what became The Shifting Winds, my new novel. Of the 18 I think I have three, maybe four, that are viable. Since the 19 I've completed two more and have another draft I'm working on. Hoping to find a home for them.

And yes, Carmen, I feel very fortunate to be able to keep the family farm.

Janet, that's wonderful! I'm happy for you, all the way around!

Janet - your perseverance matches your great-great grandmother's. Must be in the genes. Thanks for sharing. Bet your books fly off bookstore shelves.

Thank you, Karen, and all of you for your kind thoughts.

Your search for an agent inspires me to continue my search. I am a firm believer that there is a reason for everything and that all things take patience and persistence.

I'm so absolutely inspired by your story. Who hasn't said to themselves: Why bother? Who'll notice if I quit. And best of all you keep working at your craft. I wish you loads of happiness and success. Thanks for sharing.

Thank you, Judy and Barb. I'm so thrilled to know you found inspiration in my story. I wish you all the best. And thanks for your good wishes. This can be a lonely and discouraging profession, but there's a lot of joy in the process too. One of the real joys is sharing with other writers who understand. We can always benefit from mutual encouragement.