A Wilder Rose Goes to the Library 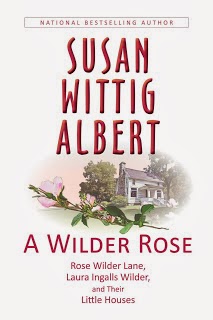 I’ve been writing traditionally-published fiction and nonfiction for nearly three decades. But this year, I decided to publish a stand-alone novel—A Wilder Rose—under my own imprint, Persevero Press. All things considered, I’m glad I chose to take this route, but there have been bumps. A few potholes. Big trees across the road. Getting the book into libraries, for example.

A Wilder Rose is a biographical/historical novel about the collaboration of Rose Wilder Lane and Laura Ingalls Wilder in the writing of the award-winning children’s series, the Little House books. Since most libraries have copies of Little House in the Big Woods and the other seven books in this pioneer series, I had the idea that a book about the Little House books might be a pretty strong candidate for library acquisition. I decided to try to get A Wilder Rose into libraries.

But I ran into a few roadblocks, and I learned that even libraries that might want an author-published book may find it difficult to purchase it. If you’d like to see your book in the libraries, here are some things to consider:

1. Of course, you’ve already seen to it that your book is absolutely the best work you can produce—well-written, edited and copy-edited, and with a professionally-designed cover. It should also have a standard copyright page that lists your publishing information, including the ISBN number. As well, libraries prefer books that have a CIP-data block: a Cataloging-in-Progress data block that makes cataloguing your book easier. The Library of Congress produces this for publishers, but not for self-publishers. However, you can obtain a CIP-data block from a vendor. (I did.) Joel Friedlander has posted a good discussion of this process, along with helpful links. http://www.thebookdesigner.com/2010/03/cip-what-it-means-how-to-read-it-who-should-get-it/

2. Your hardcover book needs a sturdy binding, but it doesn’t need a dust cover. A case laminate cover is excellent. (Here’s Joel Friedlander again, explaining.) Libraries also buy paperbacks and trade paper editions, which they may rebind. But again, make sure the binding is sturdy.

3. Public libraries almost always prefer to buy from their usual distributors: Baker & Taylor and Ingram. I chose Lightning Source as the print-on-demand (POD) supplier for the library edition of A Wilder Rose, because Lightning Source distributes books through both Baker & Taylor and Ingram. Libraries may be more likely to buy your author-published book if you offer the standard institutional discount, 30-40%. 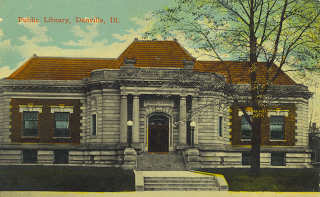 4. Before libraries can acquire your book, you have to let them know it’s available and entice them to order it. For this, you’ll want a press release (print or digital). It should describe your book in beguiling terms and (of course) feature your cover. Mention appealing extras such as index, photos, resource list and/or bibliography. Describe the book’s binding and be sure to include ordering information. One librarian told me to put all of this all on one side of a 9x12 page, or on a postcard. Several librarians reported that they did not want emailed releases.

5. I bought a mailing list of public libraries that serve populations over 40,000. I mailed postcards advertising the book to the 1284 libraries on that list. I have also taken advantage of the mailing services offered through the Independent Book Publishers Association (As a member of this organization, I have used several of its marketing programs. The staff is very helpful.)

6. Consider placing your book on NetGalley. I’m told that librarians often preview books there. I posted A Wilder Rose on NetGalley in July and the book is still being downloaded by reviewers, including librarians.

7. Librarians would like to see a review of your author-published book in at least one of four major review venues: Booklist, Library Journal, Kirkus, and Publishers Weekly. Of the four, only Kirkus and Publishers Weekly offer reviews to self-publishers and indie authors—for a fee. Uncertain whether you should pay for a review? Read Susan Gottfried’s helpful post on assessing the value of paid reviews. I took advantage of both the Kirkus and PW indie programs and earned starred reviews from both. The Kirkus starred review led to two feature articles (one in September, the other in November) in Kirkus’ print and online publications—coverage I wouldn’t have had without the review and definitely worth the up-front investment.

8. On your book’s website, offer resources for libraries, to tweak their interest. You can take a look at what I’m offering here.

9. Your local library may be a good place to begin your marketing efforts, with an offer to talk to library patrons or a Friends’ group about your book. And don’t overlook your state library association. I’ve given talks to three groups of Texas librarians since the publication of Rose, and have been invited to talk (and sell books!) at the Texas Library Association conference in April, 2014.

I’ve found a way to measure the success of these efforts: the number of libraries that are acquiring Rose. I’m keeping track via WorldCat, which lists the holdings of more than 10,000 libraries around the world. As of the day I wrote this post, 159 libraries had ordered or already shelved one or more copies of the book. (Some large library systems have ordered a copy for every branch.) And since only about a third of U.S. libraries belong to WorldCat, it’s reasonable to suppose that Rose is already on the shelves of quite a few more libraries—and that the numbers will continue to grow. 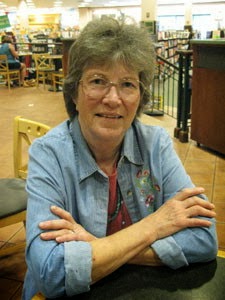 These are the strategies that have worked for me—but I’ll bet there are others I haven’t tried. And of course, library technologies are changing as fast as the publishing industry. I haven’t even thought about trying to get the eBook edition of ROSE into libraries, for example. That a whole ‘nother kettle of fish!

If you’ve had experience in getting your books into libraries, please share. The more we know, the easier this will be—or at least, so we hope!

"If you loved Laura Ingalls Wilder’s Little House books about her pioneer childhood, you should read A Wilder Rose by Susan Wittig Albert. If you are reluctant to believe that Laura’s daughter Rose may have written the books, you must read this novel...." Linda Hasselstrom
Posted by Heidiwriter at 6:00 AM

Susan, I thank you from the bottom of my heart for sharing this hard-won experience and information. It lights my path as I stumble (and sometimes skate) forward towards publishing Metaphysical Odyssey Into the Mexican Revolution: The secret Book of Francisco I. Madero, Spiritist Manual, Introduced and Translated. At least I think that is the title... Warmest good wishes to you with your book. May many more libraries order it!

Great list of things to know and do!! I haven't tried this avenue yet, but like most writers, am considering moving into that "realm!" Thank you! An article to copy and underline for future reference, for sure.

I just found this post on Facebook Writers World. What an informative piece.I have no idea how soon I will need this but I printed it off and will keep it in my reference file for the future. It is great information.

Terrific post on getting self-published books into libraries, Susan. Thanks for sharing your process, and like everyone who's posted so far, I'm putting this info in my files to remind me of what I need to do when I get there. Most informative, to be sure!

As of this morning (12/5) the count was up to 168 libraries. I don't like to reduce our experiences to numbers, but it's the only way I know of to keep tabs on whether our strategies are working.

Great strategies. I appreciate your sharing. I plan to use your suggestions when my own novel is released in a few months.