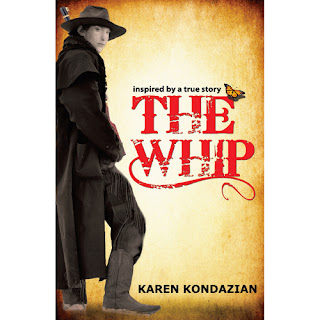 Actress Karen Kondazian's critically acclaimed debut novel The Whip, based on the true story of nineteenth-century legend Charlotte “Charley” Parkhurst, a woman who lived most of her extraordinary life as a man (she was also the first woman to vote in the U.S., doing so as a man), is now an audiobook, produced by Deyan Audio Services and released by Audible.com, in November, 2012. It is recorded by the award-winning actress Robin Weigert, who played Calamity Jane in HBO's “Deadwood” series.


Check out the The Whip Audio Book Trailer at:
http://www.youtube.com/watch?v=rXqfWPg_7MI&feature=youtu.be


The audio book and a sample chapter can be purchased at: 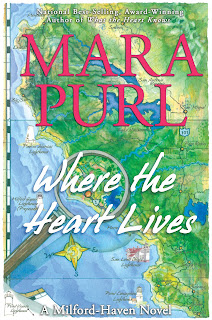 Where the Heart Lives tracks wildlife artist Miranda Jones as she travels the California coastal map. From her home town of Milford-Haven on the Central Coast, she drives south to the Palos Verdes Peninsula, then into the heart of Hollywood, then across the L.A. basin, over its adjacent mountain range and into the Mojave Desert.


Along the way, her adventures include visits to see the wildlife she’ll shortly be painting: the gray whales on their migration and the big cats at the Feline Conservation Center in its isolated desert location. And in the heart of the city, she’s invited—by the interesting man she’s starting to date—to the historic Hollywood Bowl to get a backstage glimpse of a major rock concert by the Doobie Brothers.
Thrilling though these adventures are, they serve as the legend to her emotional map. Having left the relative security of her privileged, city life and ventured forth to create a new life in her small town of artists and entrepreneurs, she’s remapping priorities and consulting her heart more than her head as to what she’s doing and where she is in her life.
These in turn are questions the reader herself is invited to consider. Where does our heart live? In her heart of hearts, where would we choose to live?

The novel is introduced by a free short-story prequel, When Whales Watch, that takes Miranda on a whale-watching trip with most unusual results.

Book one of Purl’s series, What the Heart Knows, just won gold at the USA Book News’ Best Book Awards, and won the gold Indie Excellence Award. It became Purl’s first best-seller in May 2012. Mara recently completed a book tour through Colorado, New Mexico, Arizona and California, and while in New Mexico was a panelist at this year's Women Writing the West annual conference.

Where the Heart Lives can be purchased at Amazon, Barnes and Noble, and IndieBound.