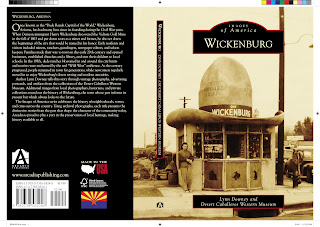 Once known as the Dude Ranch Capital of the World, Wickenburg, Arizona has had many lives since its founding by Henry Wickenburg in 1863, the year he discovered the famed Vulture Mine. Early residents and visitors included miners, ranchers, gunslingers and newspaper editors. Dude ranches blossomed in the 1930s and tourists today continue to be enchanted by Wickenburg's family-friendly and Wild West ambience.

Filled with nearly 200 photos from the Desert Caballeros Western Museum, private collectors, and local photographers, Wickenburg: Images of America brings to life a city which has deep roots in the story of the American West.

Wickenburg: Images of America can be purchased at Amazon.com
Posted by juliepollitt at 12:17 PM No comments: 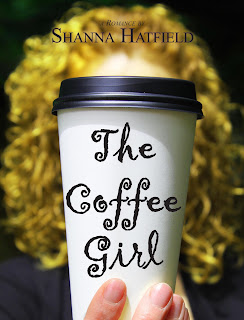 The Coffee Girl
By Shanna Hatfield

The Coffee Girl - Nearing her thirtieth birthday, Brenna Smith isn’t sure how much more off-track her life could be. She certainly never pictured herself living at home with her parents, working in a job she dislikes for a loathsome boss. The only bright spot in her mundane existence is the cute guy she runs into every morning as she stops for coffee.
Brock McCrae has worked hard to be able to manage his own construction company. Handsome, successful and full of life, he finds his world turned upside down as he falls for a woman he knows only as The Coffee Girl.
Is there something more than a shared love of coffee brewing between these two? Find out in The Coffee Girl.

Coffee Girl can be purchased at: 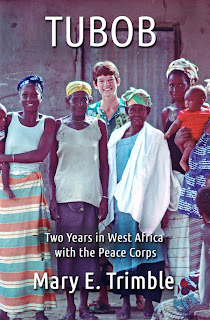 TUBOB: Two Years in West Africa with the Peace Corps is a memoir of a newly married couple who discover themselves in new light as they work and learn about a different culture in a third-world country. They find strength and frustration trying to make a difference among a struggling people. Caught up in a military coup, they seek refuge in a house with 116 other people and wonder if their lives will ever be the same.

Visit Mary at: www.MaryTrimbleBooks.com and get autographed copies of Tubob: Two years in West Africa with the Peace Corp.

Tubob: Two years in West Africa with the Peace Corp can be purchased at Amazon and www.MaryTrimbleBooks.com 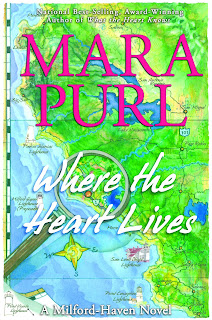 Where the Heart Lives
By Mara Purl

Where the Heart Lives – Book Two in the Milford-Haven Series. Re-map the journey of your heart with this compelling novel. Readers can leave their luggage behind as it they take a whirlwind geographical tour of the vast Los Angeles basin, from the Palos Verdes peninsula lighthouse, to the Mojave Desert, with a stop in the heart of the city, backstage at the Hollywood Bowl. And through the powerful lens of story, they can join protagonists Miranda Jones, Samantha Hugo and Sally O’Mally as events in their lives magnify what matters most in their heart-of-hearts. For Miranda, the new romance apparently comes with entangled strings; for Sam, the long-lost son may be closer than she thinks; and for Sally, the simple life of running her restaurant is turned upside down.
Published by Bellekeep Books/Midpoint Trade www.BellekeepBooks.com 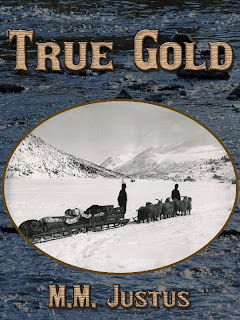 Stowaway.  When Karin Myre, a young Norwegian seamstress's assistant from Seattle, gets caught up in the excitement of the steamer Portland's arrival with the first ton of riches from the Klondike Gold Rush, she decides to escape a future of too much drudgery and no choices.  Sneaking on board of one of the many overcrowded ships bound north, she finds herself trapped in the cargo hold with a crowd of second thoughts.  But her rescue from the captain and a fate worse than death by a handsome prospector and his photographer partner is only the beginning of her search for true gold. 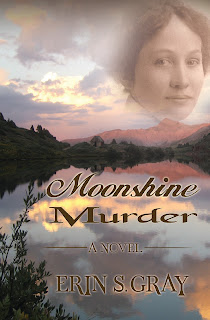 It’s 1925. The small cabin deep in the San Juan Mountains is the only home seventeen-year-old Lenora Giovanni has ever known. But when her father dies from tainted moonshine, leaving her alone, she is forced into a life of danger.
Lenora is determined to find whoever sold the poison to her father--a determination that leads her into working as an undercover agent in the town of Durango, Colorado. She meets Rusty, a young moonshiner who guides her through the world of bootlegging.
As Lenora gets to know this intriguing young man, three things become clear: Her father was entangled in a scheme of deception. Rusty is keeping secrets--secrets about her past. And she is falling irrationally and unconditionally in love with him.
Faced with betrayal, Lenora is tempted to protect Rusty and preserve her father’s memory, rather than bust the illegal moonshine business that destroyed her family. How will she choose: with her head or her heart?
Published by: Treble Heart Books www.trebleheartbooks.com
Visit Erin S. Gray at www.erinsgray.com/
Moonshine Murder can be purchased at Treble Heart Books, Amazon, or autographed copies through erinsgray.com 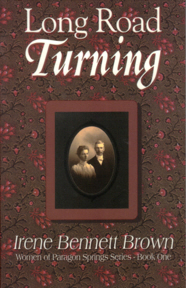 THE WOMEN OF PARAGON SPRINGS Series
By
Irene Bennnett Brown

Now digital! A small group of near-destitute women enduring the hardships of the raw Kansas Plains determine to survive and make good lives by building their own town. For forty years as "town mothers" rather than the more common "town fathers" theirs is a story of courage and tragedy, love and triumph, from the time they build their first soddy in 1873 to their part in the birth of aviation in Kansas in 1914.

Book One
Long Road Turning. A young woman from St. Louis takes on a new identity to escape her abusive husband and build her special dreams on the Kansas frontier.

"Brown's vibrant and engaging tale of brave settlers will leave readers impatiently waiting for the next installment." --Booklist 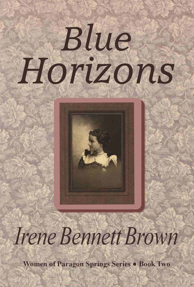 Book Two
Blue Horizons. Meg Brennon places her emotional destiny in the hands of an intriguing St. Louis lawyer while she fights a cattle baron for the land that holds her soul. 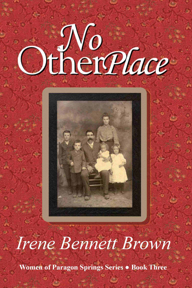 Book Three
No Other Place. Refined southerner, Aurelia Symington, takes the lead against a profiteer's greed and violence to help the settlers build the dusty way-stop of Paragon Springs into a real town.

"Reading one of Brown's books about Paragon Springs is like going home to visit the family, so well do we know and care about the characters and the town." -- Amarillo Globe 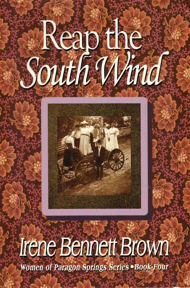 Book Four
Reap the South Wind. Lucy Ann, a scorned outcast in her younger years, becomes a woman of means with the right to vote and the ability to assure the survival of Paragon Springs far into the future. 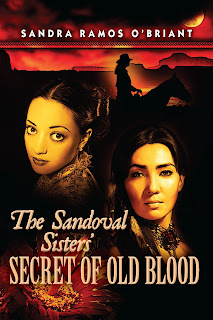