How to Get the Most From Critique Groups

by Ginger Dehlinger
I love, and that is not an exaggeration, my critique group. Having a group of people to read what I write and then help me make it better is almost as important to me as my thesaurus. I have no idea who is following my blog at this point, but if you are a writer, I highly recommend you either join an existing critique group or create one of your own. 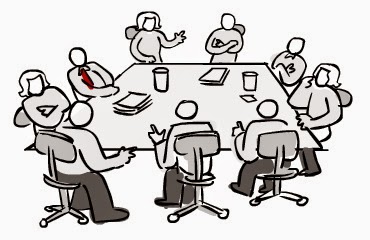 If you haven't been in a critique group before, my writing group, Central Oregon Writer's Guild, has developed the following guidelines:

Asking for Feedback
Critiquing the work of others: critique the work, never the writer 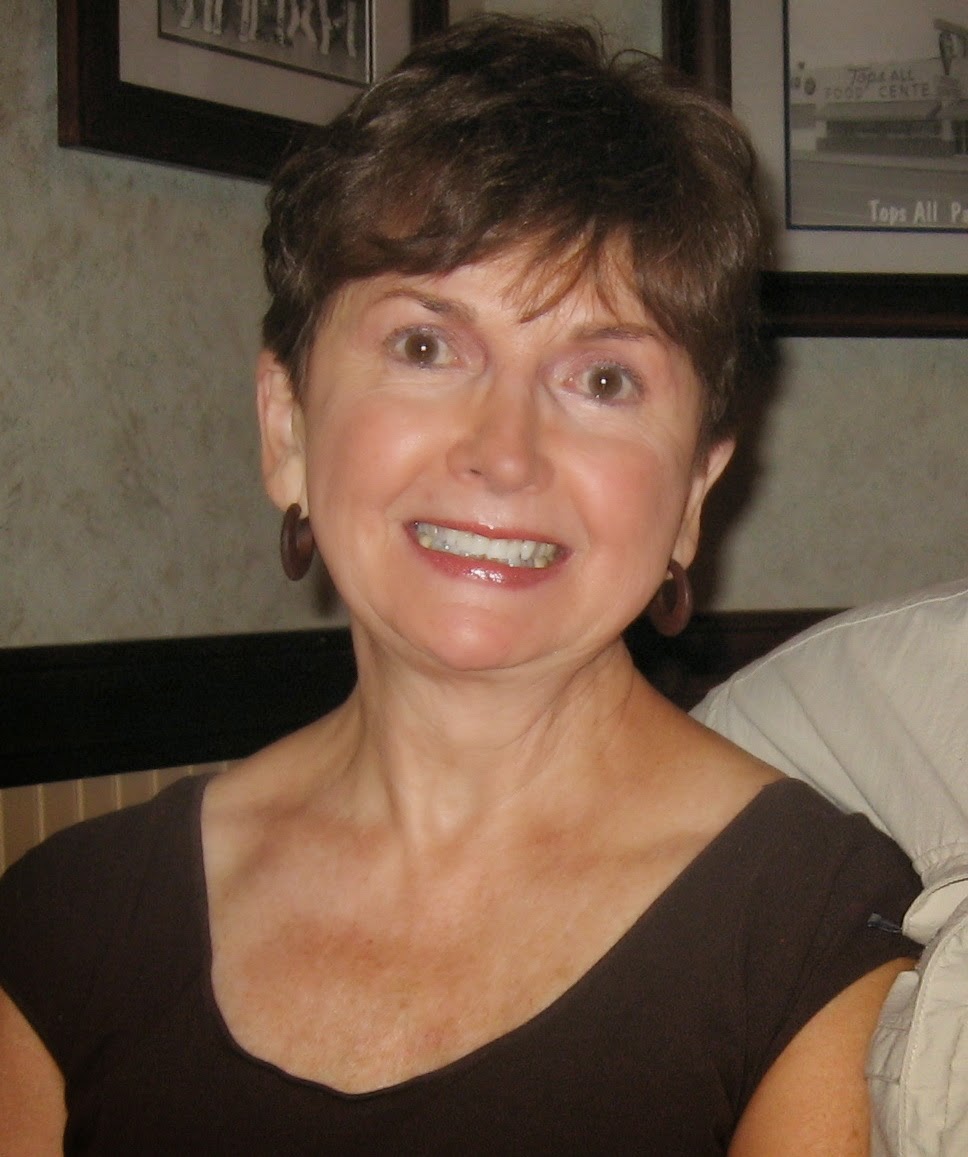 --------------------
Ginger Dehlinger is a native Oregonian who writes poetry, essays, and short stories set in the American West. She’s written one novel, Brute Heart, a coming-of-age story that centers on alcoholism, assisted dying, and love for animals. A second novel, not a sequel, is still in progress. A Phi Beta Kappa graduate of the University of Oregon, Ginger lives in Bend, Oregon with her husband, Richard and a cat named Cali. 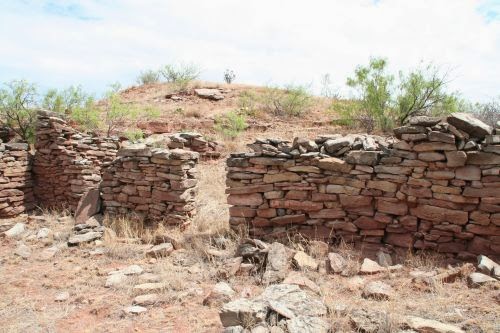 The Buffalo were thinned out, the last holdout of Chief Quannah Parker’s band had been defeated, and cattleman had not yet staked their claim on the flat, treeless Texas plains. It was during this time that sheepherding compounds dotted both sides of the Canadian River in the Texas Panhandle. These plazitas were the center of a carefree, hardworking life for Spanish and Mexican sheepherders.

In 1876, following old Comenchero trails, Spaniard Casimiro Romero brought fourteen wagons; painted bright blue, each pulled by four-yoke oxen, and stuffed with his family and worldly possessions. Joining him was friend, Agapito Sandoval, and all seven of his children. Pastores drove thousands of sheep behind them. They camped along the Canadian River that winds its way through what is now the Texas Panhandle. 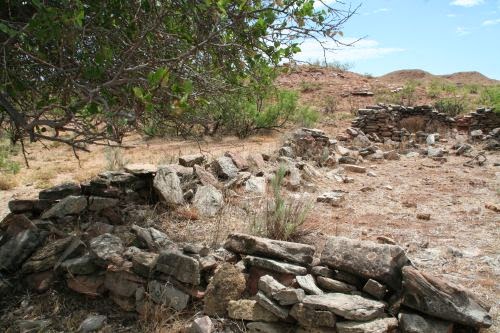 Jose Romero was five at the time. He remembers, “It was a beautiful stream, no sand bars at all. It was hardly more than 20 feet wide, and had deep, clear, living water in most spots. Its banks were fringed, along practically the entire distance we traveled, with many bushes: wild chokeberries, plums—great big plums, too—wild gooseberries and grapes. There were many cottonwood mottes scattered along its banks.”

They circled their wagons under a grove of cottonwoods, building wind breaks with tree limbs and brush. The first wintering-in site allowed them to explore the surrounding area looking for the perfect locations for their compounds and they begin to stockpile adobe brick.
Romero decided on the area which would later become the wild west town of Tascosa. Sandoval settled about eight miles away near a cottonwood protected natural spring on Corsinio Creek. For their homes, the two men used thin layers of sandstone, cemented together with adobe. Cottonwood logs and sod made the roof. 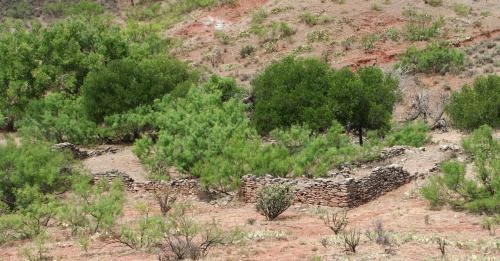 The Trujillo, Garcia, Valdez, Salina, Chavez, Montoya, Agua, Briggs, Kimball, Borrego, and Tafoya families soon followed as word reached crowded Mora County, New Mexico. The hospitable Borrego Plaza was thought to have grown to 24 houses, minus stores and saloon like the Romero compound. By 1880 the Tascosa area supported 300 souls. Miles away bustling San Antonio and Austin cared little about what went on in the “useless” Llano Estacado. I wonder if the politicians were even aware of the existence of these early settlers.
The plazitas were central to life, with each days work bringing thoughts of the anticipated “baile” or dances. Guitars and fiddles provided the music for night long celebrations with plenty of liquour and spicy foods for all. Neighbors rode from miles and miles away when word reached them about an upcoming baile.

As you gaze over the stark, treeless landscape occasional trees disrupt the horizon. With endless sky and pasture, it’s hard to tell if these might be clumps of squat mesquite or cactus. As you get closer, you discover they are tops of towering cottonwoods, shading a fresh water seep in a deep arroyo. As the arroyo widens and turns into a small canyon portions of original plazitos remain hidden from the plains above and protected from the chilling north winds. These low, solid rock walls rise from the flat plains and provide the first evidence of buildings surrounding a compound. Remnants of the Sandoval plaza dot the immediate area around the spring. Although the adobe brick have long since crumbled away, some rock walls remain. Doorways and missing roofs hint at the people who once cared for thriving sheep herds in this desolate place. As you walk among the orderly layout, it’s easy to imagine a time of simple existence and of rugged people.

By the 1880’s railroads and cattle ranches cut into the sheep lands. Ramero returned to New Mexico in 1897. His son Jose, is buried in Llano Cemetery in Amarillo.

REF: Panhandle Pilgrimage by Pauline and R.L. Robertson, or Amarillo and the Texas Panhandle by Byron Price and Dr. Frederick Rathjen.

Natalie Bright is an author, blogger, and enjoys speaking about history and story craft. Her stories and articles have appeared in numerous publications, most recently this March “A Cowboy’s Life” will appear in Appleseeds. She is represented by Stephen Fraser, of The Jennifer DeChiara Literary Agency, NYC, who is currently shopping her western novels for middle grade readers. She holds a BBA from WTSU, her husband is a geologist and cattle rancher, and they have two teenaged boys. She’s on the web at Facebook/Natalie-Bright-Author, Twitter @natNKB, Amazon Author Pages, Pinterest/natbright, www.nataliebright.com and she blogs every Monday at http://wordsmithsix.wordpress.com

Andrea Downing, Dances of the Heart, Successful, workaholic author Carrie Bennett lives through her writing, but can’t succeed at writing a man into her life. Furthermore, her equally successful but cynical daughter, Paige, proves inconsolable after the death of her fiancé. Hard-drinking rancher Ray Ryder can find humor in just about anything—except the loss of his oldest son. His younger son, Jake, recently returned from Iraq, now keeps a secret that could shatter his deceased brother’s good name. On one sultry night in Texas, relationships blossom when the four meet, starting a series of events that move from the dancehalls of Hill Country to the beach parties of East Hampton, and from the penthouses of New York to the backstreets of a Mexican border town. But the hurts of the past are hard to leave behind, especially when old adversaries threaten the fragile ties that bind family to family…and lover to lover. Also available on Amazon. 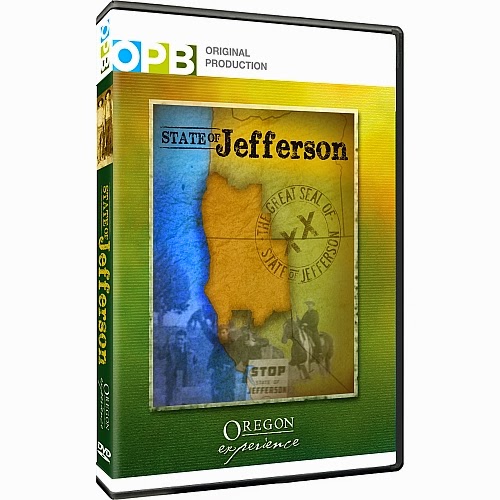 Gail also writes three historical essays a month for PBS/Jefferson Public Radio, which is heard all over Southern Oregon and Northern California. Link: http://ijpr.org/programs/it-was and an historical profile/article for the regional monthly publication, Jefferson Backroads. 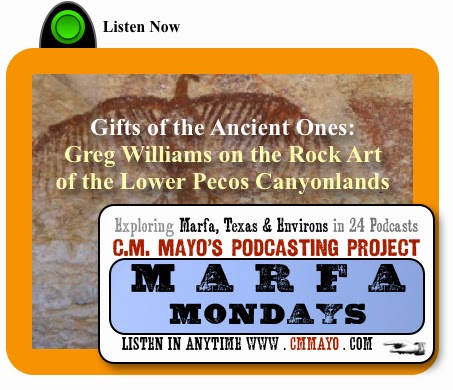 C.M. Mayo, Marfa Mondays Podcasting Project: Exploring Marfa, Texas & the Greater Big Bend Region of Far West Texas in 24 Podcasts, including "Gifts of the Ancient Ones: Greg Williams on the Rock Art of the Lower Pecos Canyonlands" and  "Tremendous Forms: Paul V. Chaplo on FindingComposition in the Landscape".

Cynthia Leal Massey Death of a Texas Ranger, A True Story of Murder & Vengeance on the Texas Frontier,  is a 2015 Winner of the San Antonio Conservation Society Publication Awards. The award will be presented in March.

This is the story of the murder of Texas Ranger John Green by Cesario Menchaca, one of three Rangers of Mexican descent under Green’s command. Immediately word spread that the killing may have been the botched outcome of a contract taken out on Menchaca’s life by the notorious Gabriel Marnoch, a local naturalist who had run up against the law himself. But was it?